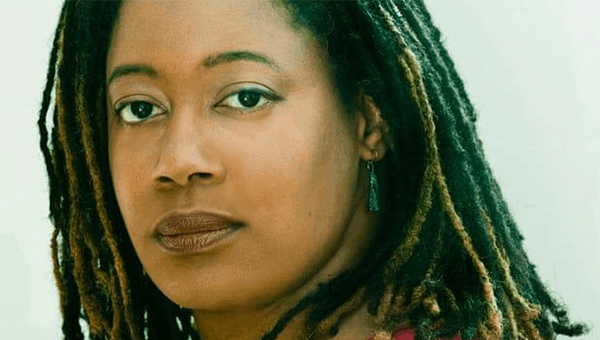 This program has been canceled.

Don’t miss a rare visit from Hugo Award-winning author N.K. Jemisin, on the occasion of her new novel, The City We Became, in which five New Yorkers come together to defend their city from an ancient evil. The program will feature a reading by Jemisin, a conversation and Q&A led by moderator Tyree Boyd-Pates, and a book signing.

This program is presented in partnership with Skylight Books.

N.K. Jemisin is the first author in the genre’s history to win three consecutive Best Novel Hugo Awards, all for her Broken Earth trilogy. Her work has also won the Nebula, Locus, and Goodreads Choice Awards. She was a reviewer for The New York Times Book Review, and she has been an instructor for the Clarion and Clarion West writing workshops.

Tyree Boyd-Pates is the Associate Curator Of Western History of The Autry Museum of the American West. Previously, Boyd-Pates was at the California African American Museum (CAAM) to curate exhibitions and public programs about the history of African Americans in California and the West.  In 2016, Boyd-Pates was named the Herb Carter and Yvonne Brathwaite-Burke Distinguished Lecturer in the African American Studies at California State University, Dominguez Hills. He has also been honored by the Empowerment Congress as one of Los Angeles’ 40 Emerging Civic Leaders, has received the MLK Jr. Unsung Hero Award from the California Legislative Black Caucus, and the Rising Runner Alumni Award from California State University, Bakersfield. He has been the facilitator of the Afrofuturism Bookclub at the Last Bookstore for the last two years.