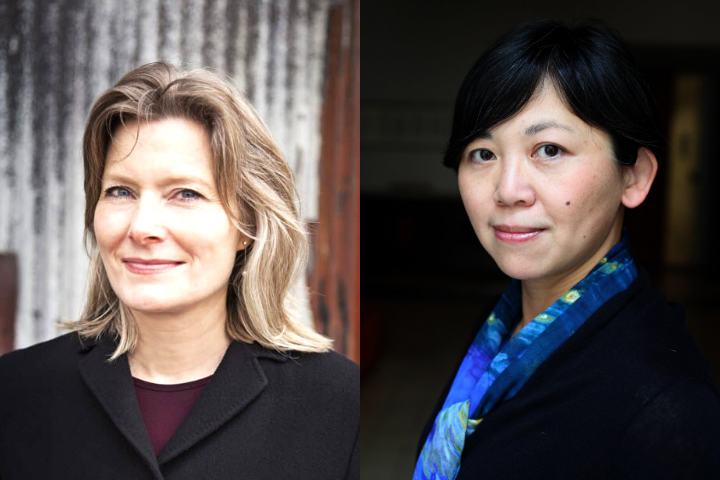 PEN America is proud to present Jennifer Egan in conversation with Yiyun Li, two writers known for their transporting works of fiction that manipulate time and memory in innovative ways. Egan is the former president of PEN America and author of the novel Manhattan Beach, which was awarded the 2018 Andrew Carnegie Medal for Excellence in Fiction. Her previous novel, A Visit from the Goon Squad, was the recipient of the 2011 Pulitzer Prize and named one of the best books of the decade by TIME magazine. Li received the 2020 PEN/Jean Stein Book Award for her experimental work of fiction, Where Reasons End, and is also the recipient of a MacArthur Fellowship and a Windham Campbell Prize. Her most recent novel, Must I Go, was published in 2020.

REGISTER HERE
Please note that you must be registered for the AWP Conference in order to attend this PEN Presents event.

Jennifer Egan is the author of several novels and a short story collection. Her most recent novel, Manhattan Beach, a New York Times bestseller, was awarded the 2018 Andrew Carnegie Medal for Excellence in Fiction. Her previous novel, A Visit From the Goon Squad, won the 2011 Pulitzer Prize, the National Book Critics Circle Award for Fiction, and the Los Angeles Times Book Prize, and was recently named one of the best books of the decade by TIME magazine, Entertainment Weekly, and several others. Also a journalist, she has written frequently for The New York Times Magazine—most recently about pregnancy and childbirth among opioid-dependent women. She is the former president of PEN America.

Yiyun Li is the author of four novels, two story collections, and a book of essays, including PEN/Jean Stein Award-winning Where Reasons End, and her most recent novel, Must I Go. Her work has appeared in The New Yorker, A Public Space, The Best American Short Stories, The Best American Essays, and other places. She has received a fellowship from the MacArthur Foundation and Guggenheim Foundation, and is a 2020 winner of the Windham Campbell Prize. She teaches at Princeton University. Photo credit: Basso Cannarsa/Agence Opale