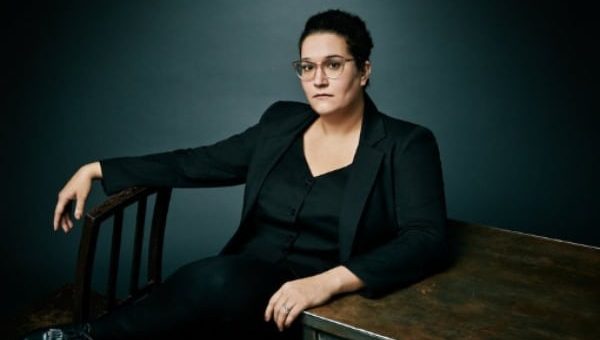 Carmen Maria Machado has been hailed as one of the most talented young writers of our time. With In the Dream House, she reinvents the memoir with a gut-wrenching tale of love gone wrong, exploring her personal history of psychological abuse while bearing witness to the history and reality of violence in queer relationships. Her dark, fantastical short story collection, Her Body and Other Parties, was a finalist for the 2018 PEN/Robert W. Bingham Prize for Debut Fiction. She will be joined in conversation by Kima Jones.

This program is presented in partnership with Skylight Books.

Carmen Maria Machado‘s debut short story collection, Her Body and Other Parties, was a finalist for the National Book Award and the winner of the Bard Fiction Prize, the Lambda Literary Award for Lesbian Fiction, the Brooklyn Public Library Literature Prize, the Shirley Jackson Award, and the National Book Critics Circle’s John Leonard Prize. In 2018, The New York Times listed Her Body and Other Parties as a member of “The New Vanguard” one of “15 remarkable books by women that are shaping the way we read and write fiction in the 21st century.” She is the Writer in Residence at the University of Pennsylvania and lives in Philadelphia with her wife.

Kima Jones has been published in Poets and Writers, GQ, Guernica, McSweeney’s and NPR among others, and her work can be found in the anthologies Unruly Bodies, a pop-up magazine by Roxane Gay for Medium, and the New York Times Best Seller, The Fire This Time, edited by Jesmyn Ward. Kima founded Jack Jones Literary Arts in 2015 and works as lead strategist on all publicity campaigns. She is especially proud of her work on the 2017 Pulitzer Prize in Poetry winner, Olio, by Tyehimba Jess, and the 2017 PEN America Robert W. Bingham Emerging Fiction Prize winner, Insurrections, by Rion Amilcar Scott. In 2019, the Community of Literary Magazines and Presses honored her work with the 2019 Energizer Award for exceptional acts of literary citizenship. She is based in Los Angeles.