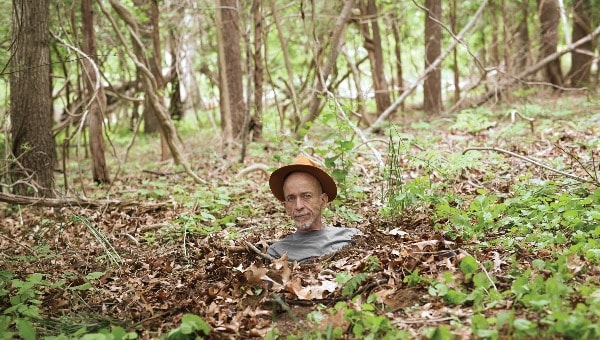 In the bicentennial of Walt Whitman’s birth, B.A. Van Sise will present and discuss Children of Grass, a series of portraits of the poets shaping America’s cultural landscape. Riffs on pieces by the poets themselves, the images are unforgettable, including U.S. Poet Laureate Joy Harjo drinking coffee with a horse, and National Book Award finalist Danez Smith covered in red pigment in the middle of a crowded bus. Van Sise, a close living relative of Walt Whitman, is an internationally renowned photographer who has built a lasting tribute to the creativity flourishing in our country. He will be joined in conversation by Agatha French. Brynn Saito and Derrick C. Brown, two poets featured in the book, will join the celebration to read their poetry.

This program is presented in partnership with Book Soup.

A frequent contributor to the Village Voice and Buzzfeed, B.A. Van Sise is also one of the world’s busiest travel photographers. In addition to his roles as Nikon/AFAR travel photography ambassador and travel photography workshop instructor for Atlas Obscura, Van Sise has been a staffer for Newsday and AOL CityGuide, has been featured on the cover of The New York Times, on PBS NewsHour, the Daily Mail, and on NPR. A number of his portraits of notable American poets are in the permanent collection of the National Portrait Gallery of the Smithsonian. His work as both a photographer and author has been widely published in over 250 publications. A polyglot, he is fluent or conversational in English, Italian, Spanish, French, German, and Russian.

Brynn Saito, MA, MFA, is the author of two books of poetry, Power Made Us Swoon and The Palace of Contemplating Departure; winner of the Benjamin Saltman Award from Red Hen Press; and a finalist for the Northern California Book Award. She also co-authored, with Traci Brimhall, the poetry chapbook Bright Power, Dark Peace. Brynn teaches in the Creative Writing program at California State University, Fresno, and co-directs the Yonsei Memory Project. Brynn was recently featured in Vogue’s story on survivors of Japanese-American incarceration and their descendants, “The Memory Keepers.”

Derrick C. Brown is a novelist, comedian, poet, and storyteller. He is the winner of the 2013 Writers’ League of Texas Book Award for Poetry. He was a paratrooper in the 82nd Airborne, and is the owner and president of Write Bloody Publishing, which Forbes and Filter Magazine call “ . . . one of the best independent poetry presses in the country.” He is the author of eight books of poetry and three children’s books. The New York Times calls his work, “ . . . a rekindling of faith in the weird, hilarious, shocking, beautiful power of words.” He lives in Los Angeles, California.

Agatha French is a former staff writer and frequent contributor to the Los Angeles Times. She has worked as an editor for a number of literary journals and magazines, including the Los Angeles Review of Books. She is the author of the chapbook with illustrations, Goodnight Nobody, and her writing has appeared in Alta, Coast magazine, Yes Plz Weekly, Gigantic magazine, The Nervous Breakdown, Everyday Genius, Edible LA, and Parcel among others.