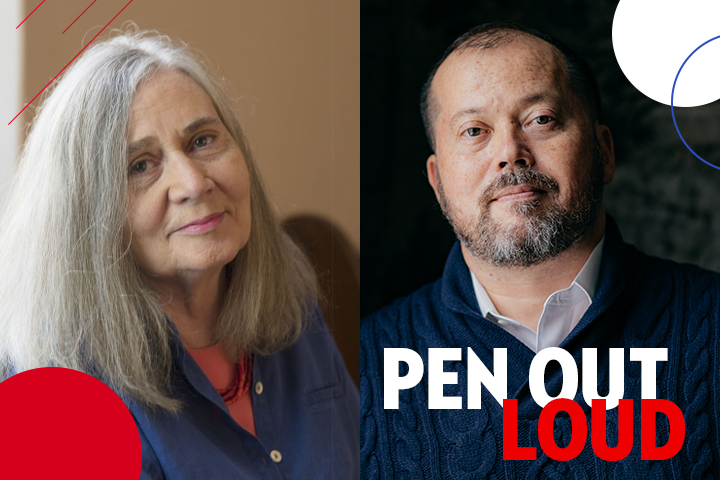 Award-winning author Marilynne Robinson joins PEN Out Loud to celebrate Jack, the fourth book in her now classic Gilead series, which have won one Pulitzer Prize and two National Book Critics Circle Awards. A novel that “resonates with all the paradoxes of American life, then and now,” it follows John Ames Boughton, the son of Gilead’s Presbyterian minister, who after War World II begins a heartrending interracial romance. One of today’s foremost writers, Robinson will be joined in conversation with bestselling author Alexander Chee to interrogate the complexities of American history.

Marilynne Robinson is the author of the novels Jack, Lila, Home, Gilead (winner of the Pulitzer Prize), and Housekeeping, and several nonfiction books, including When I Was a Child I Read Books, Mother Country, The Death of Adam, and Absence of Mind. She teaches at the University of Iowa Writers’ Workshop.

Alexander Chee is the author of the novels Edinburgh and The Queen of the Night, and the essay collection How to Write An Autobiographical Novel, all from Houghton Mifflin Harcourt.

He is a contributing editor at The New Republic and an editor-at-large at VQR. His essays and stories have appeared in The New York Times Magazine, T Magazine, The Sewaneee Review, The Yale Review, and Guernica, among others, and anthologized in the 2016 and 2019 Best American Essays.

He is the winner of a 2003 Whiting Award, a 2004 NEA Fellowship in prose, a 2010 MCCA Fellowship, The Randy Shilts Prize in gay nonfiction, the Paul Engle Prize, the 2018 One Story Magazine’s Mentor of the Year Award, and residency fellowships from the MacDowell Colony, the VCCA, and Civitella Ranieri.

He is an associate professor of English and creative writing at Dartmouth College.

For the first 100 days of the new @WhiteHouse @POTUS @VP admin, we @PENamerica put together 8 policy steps the admin can take. One is creation of a task force to fight disinfo, increase media literacy, study racialized efforts to sow division thru hate online. Let’s get to work. https://twitter.com/attorneynora/status/1351582487667904512