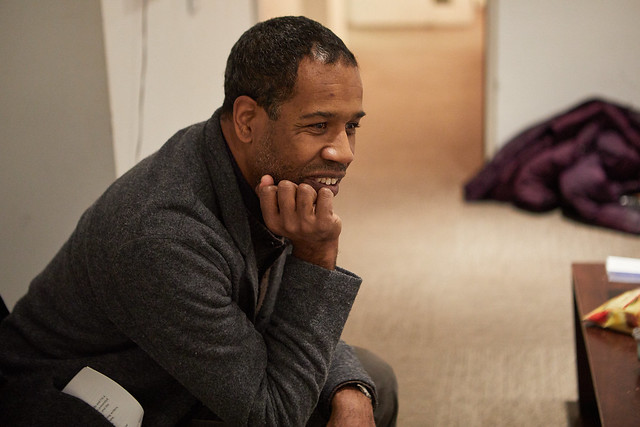 Layli Long Soldier – winner of the 2018 PEN/Jean Stein Book Award for her vital debut poetry collection WHEREAS – will be in conversation with award-winning poet Claudia Rankine, 2018 PEN/Jean Stein judge and author of Citizen: An American Lyric and forthcoming published play, The White Card. These two formidable poets will read from their work and then share more about their literary lineage, writing double consciousness, and their use of language to illuminate and excavate the past.

Presented in collaboration with the Creative Writing Program at The New School, and the Academy of American Poets.

Layli Long Soldier holds a B.F.A. from the Institute of American Indian Arts and an M.F.A. from Bard College. Her poems have appeared in POETRY Magazine, The New York Times, The American Poet, The American Reader, The Kenyon Review Online, BOMB, and elsewhere. She is the recipient of an NACF National Artist Fellowship, a Lannan Literary Fellowship, a Whiting Award, and was a finalist for the 2017 National Book Award. Most recently, she received the 2018 PEN/Jean Stein Award and the 2018 National Book Critics Circle Award. She is the author of Chromosomory (Q Avenue Press, 2010) and WHEREAS (Graywolf Press, 2017). She lives in Santa Fe, New Mexico.

Claudia Rankine is the author of five collections of poetry, including Citizen: An American Lyric and Don’t Let Me Be Lonely; two plays including The White Card, which premiered in February 2018 (ArtsEmerson/American Repertory Theater) and will be published with Graywolf Press in 2019, and Provenance of Beauty: A South Bronx Travelogue; as well as numerous video collaborations. She is also the editor of several anthologies including The Racial Imaginary: Writers on Race in the Life of the Mind. In 2016, she co-founded The Racial Imaginary Institute (TRII). Among her numerous awards and honors, Rankine is the recipient of the Bobbitt National Prize for Poetry, the Poets & Writers’ Jackson Poetry Prize, and fellowships from the Guggenheim Foundation, the Lannan Foundation, the MacArthur Foundation, United States Artists, and the National Endowment of the Arts. She is a Chancellor of the Academy of American Poets and teaches at Yale University as the Frederick Iseman Professor of Poetry. She lives in New Haven, Connecticut.