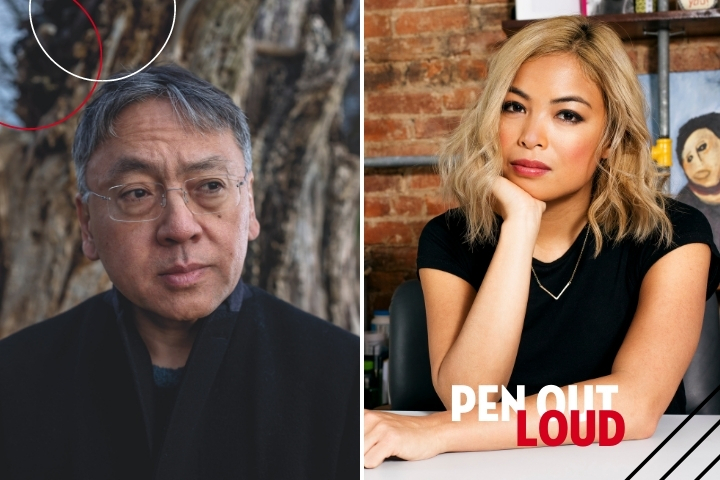 Nobel laureate Kazuo Ishiguro joins PEN Out Loud and the Asian American Writers’ Workshop to commemorate Klara and the Sun, his first novel since being awarded the Nobel Prize in Literature. A gripping, genre-bending story featuring Ishiguro’s characteristic restraint, the novel examines Klara, “an artificial friend with outstanding observational qualities” who yearns to be the perfect companion for her future owner. Following a reading by Bryan Washington, Ishiguro will be joined in conversation with essayist and The New Yorker staff writer Jia Tolentino to discuss the narrative’s themes of service, sacrifice, and what it means to love.

This digital event will start at 6pm ET / 3pm PT.

Kazuo Ishiguro was born in Nagasaki, Japan, in 1954 and moved to Britain at the age of five. His eight previous works of fiction have earned him many honors around the world, including the Nobel Prize in Literature and the Booker Prize. His work has been translated into over 50 languages, and The Remains of the Day and Never Let Me Go, both made into acclaimed films, have each sold more than two million copies. He was given a knighthood in 2018 for services to literature. He also holds the decorations of Chevalier de l’Ordre des Arts et des Lettres from France and the Order of the Rising Sun, Gold and Silver Star from Japan.

Jia Tolentino is a staff writer at The New Yorker and the author of the essay collection Trick Mirror.

Bryan Washington is a National Book Award 5 Under 35 honoree and winner of the Dylan Thomas Prize, The New York Public Library Young Lions Fiction Award, and the Ernest J. Gaines Award for Literary Excellence. His first book, the story collection Lot, was a finalist for the NBCC’s John Leonard Prize, the PEN/Robert W. Bingham Prize, and the Aspen Words Literary Prize. His second book, Memorial, is currently a finalist for the NBCC’s Fiction prize, was named a New York Times Notable Book, and appeared on best-of-the-year lists from TIME, NPR, the Los Angeles Times, The Washington Post, Entertainment Weekly, Vanity Fair, and many more. He has written for The New Yorker, The New York Times, The New York Times Magazine, and the BBC. He lives in Houston.

About the Asian American Writers’ Workshop

The Asian American Writers’ Workshop (AAWW) is a national literary nonprofit dedicated to publishing and incubating work by Asian and Asian diasporic writers, poets, and artists. Since our founding in 1991, we have provided a countercultural literary arts space at the intersection of migration, race, and social justice.