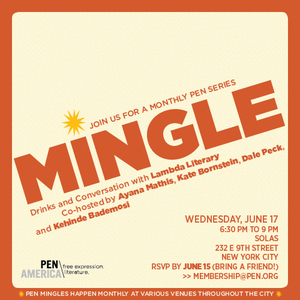 PEN is delighted to co-host our PEN Mingle this month with Lambda Literary! PEN Mingles are social gatherings hosted at various venues. Join us for an evening of drinks, conversation, and updates on PEN’s free expression work.

Sign up to become a PEN Member or renew your Membership at the event and receive a 20% discount.

This is a free event but reservations are required by Monday, June 15.

Please RSVP your attendance here or via membership@pen.org 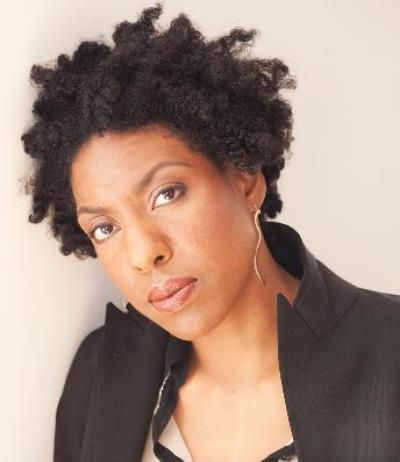 Ayana Mathis is a graduate of the Iowa Writers’ Workshop and a recipient of the 2014-15 New York Public Library’s Cullman Center Fellowship. The Twelve Tribes of Hattie, her first novel, was a New York Times Bestseller, a 2013 New York Times Notable Book of the Year, an NPR Best Books of 2013 and was chosen by Oprah Winfrey as the second selection for Oprah’s Book Club 2.0. Ayana taught Creative Writing at The Writer’s Foundry MFA Program at St. Joseph’s College, Brooklyn. She is an Assistant Professor of English and Creative Writing at the Iowa Writers’ Workshop. 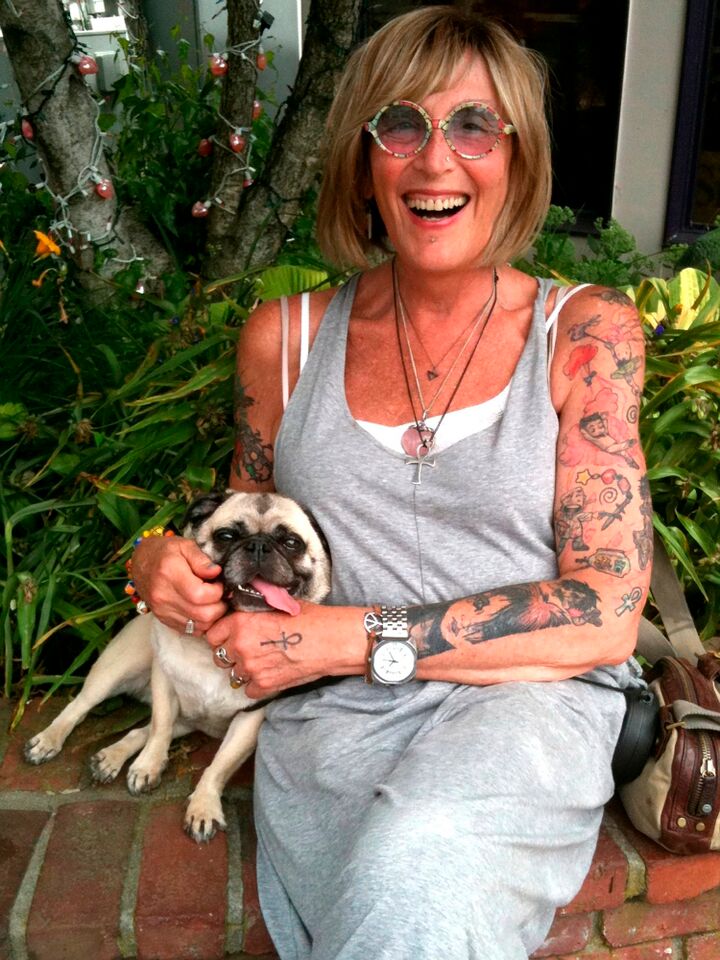 Kate Bornstein is an author, performance artist, and public speaker who has written several award-winning books in the field of Women and Gender Studies, including Gender Outlaw: On Men, Women, and The Rest of Us, and My New Gender Workbook. Her 2006 book, Hello, Cruel World, propelled Kate into an international position of advocacy for marginalized and at-risk youth. The title of her memoir sums up her life: A Queer and Pleasant Danger: the true story of a nice Jewish boy who joins the Church of Scientology and leaves twelve years later to become the lovely lady she is today. Kate lives in New York City with her girlfriend, author and sex educator Barbara Carrellas, along with their cat, two dogs, and a turtle. 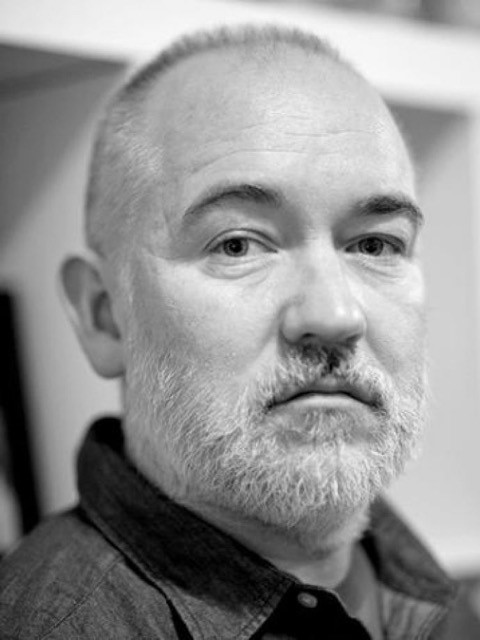 Dale Peck’s twelfth book is the memoir Vision and Revisions: Coming of Age in the Age of AIDS, which was published in March by Soho Press. His fiction and essays have appeared in The Atlantic, Bookforum,Harper’s, The New York Observer, Out, and The Threepenny Review, among dozens of other publications. He is a member of PEN and the National Book Critics Circle, and the recipient of a Guggenheim Fellowship, two O. Henry Awards, a Pushcart Prize, and a Lambda Literary Award. He lives in New York City, where he is an Associate Professor in The New School’s Graduate Writing Program. 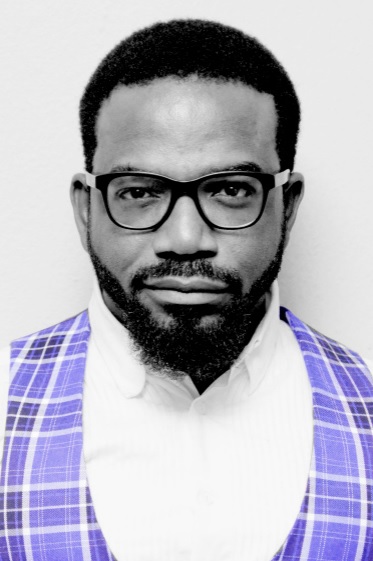 Kehinde “Kenny” Bademosi is a social innovation designer, brand experience specialist, and entrepreneur, who uses the tools of storytelling and design to help brands and organizations inquire into and inspire humankind. Kehinde uses social media to write for marginalized populations and to curate an active conversation about gay rights issues in Nigeria, where homosexuals are threatened with 14 years of imprisonment just for being gay. Kehinde’s recent project, www.isanyoneinafrica.com, is a platform that connects people dealing with sexuality and HIV issues in Africa with help as discreetly as possible. In his upcoming book, The Exodus, Kehinde writes about his life as a renowned Pentecostal preacher boy and exorcist who attempted to “cure” his twin sister of insanity and himself of homosexuality.

.@KellerISD’s decision was an “appalling affront to students’ First Amendment rights.” said @jonfreadom of PEN America in a statement." It is virtually impossible to run a school or a library that purges books in response to any complaint from any corner." https://www.nytimes.com/2022/08/17/us/texas-school-books-removed-bible.html