PEN DIY with Molly Crabapple: How to Draw the Elephant in the Room

Monday, November 2, 2015 | 7:30 pm
PEN DIY with Molly Crabapple: How to Draw the Elephant in the Room
Participants
Molly Crabapple 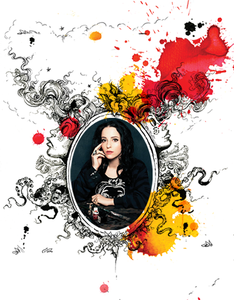 PEN is thrilled to welcome artist and writer Molly Crabapple for the third installment of PEN’s fall DIY season. Described as “God’s own circus posters,” by Rolling Stone, Molly’s work engages injustice and rebellion beneath the lavishly detailed surface. In 2015, Molly Crabapple was awarded Yale Poynter Fellowship, and received a Front Page Award for her art of rebel-held Aleppo. Her art also earned her a 2014 Gold Rush award, and she was shortlisted for a 2013 Frontline Print Journalism Award for her internationally-acclaimed reportage on Guantanamo Bay. Her memoir, Drawing Blood, will be published by HarperCollins on December 1. You can pre-order it now here and here.

Building on oral traditions, parables, and the rich history of artists as storytellers, PEN DIY celebrates how literature can be approachable yet unexpected, and how it can help us make sense of our lives. Hosted by Angela Ledgerwood.

Tickets are $10/$8 for PEN Members. Click here to purchase.

“Lavishly illustrated, the book offers a candid portrayal of an artist’s journey to self-knowledge and fulfillment.” — Kirkus Reviews

“Molly Crabapple’s pen is a scalpel, and she’s not afraid to turn the blade on herself. Beautifully excruciating.” — Patton Oswalt

“Molly Crabapple could be this generation’s Charles Bukowski. She’s a great artist whose life is also a work of art.” — Matt Taibbi

“In a few short years, Molly Crabapple has proved to be one of the most determined and effective political artists working in these sorry times. I wish there were a hundred or even two or three like her.” — Joe Sacco

“Molly writes like she draws: the spare lines have a reporter’s keen accuracy, but can barely contain the boisterous, messy, soulful life splashing about within. Inspiring, intimate, and just a bit intimidating, this book is a must.” — Joss Whedon, creator of Buffy the Vampire Slayer and writer-director of The Avengers

“Molly Crabapple is turn by turn irreverent, respectful, enraged and then trembling with awe, and all of this is a tender meditation on the power of art to transform a singular life into one that can be emblematic for us all: powerful and magical.” — Chris Abani, author of The Secret History of Las Vegas and GraceLand

“Molly Crabapple writes that her ‘pen is a lockpick,’ and with it she has revealed truths about life, culture, and politics in America that are compelling, artistic, and memorable-as is this revealing new memoir. An engaging read by one of the nation’s most gifted activists.” — Bryan Stevenson, author of Just Mercy

Molly Crabapple is an artist and writer in New York. Her memoir, Drawing Blood, will be published by HarperCollins in December 2015. Called “An emblem of the way art can break out of the gilded gallery” by the New Republic, she has drawn in Guantanamo Bay, Abu Dhabi’s migrant labor camps, and with rebels in Syria. Crabapple is a contributing editor for VICE, and has written for publications including The New York Times, Paris Review, and Vanity Fair. Her work is in the permanent collection of the Museum of Modern Art.

Australian-born Angela Ledgerwood is the creator and co-host of the literary podcast Lit Up. She began her career interviewing artists for Interview Magazine online before becoming an editor at Cosmopolitan, where she wrote and edited articles devoted to news and books. At Cosmo she interviewed some of her all-time favorite women, like Senator Elizabeth Warren, Julia Louis-Dreyfus, Emily Mortimer, Senator Kirsten Gillibrand, and more. She has an MFA in Creative Writing, and has lived in Sydney, Los Angeles, Nassau, The Bahamas, and now resides in Brooklyn, New York.