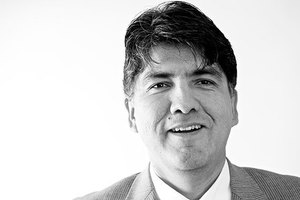 PEN American Center presents a Banned Books Week Google+ Hangout On Air with Sherman Alexie, author of The Absolutely True Diary of a Part-Time Indian, which won the 2007 National Book Award and was one of the top ten banned books of the American Library Association in 2011.

The live broadcast will be moderated by PEN Freedom to Write Fellow Deji Olukotun and ALA Director of the Office for Intellectual Freedom, Barbara Jones.

Join the conversation on Monday, September 23rd at 4pm EST by clicking here.