PEN at the HiFi Reading Series with Julia Fierro 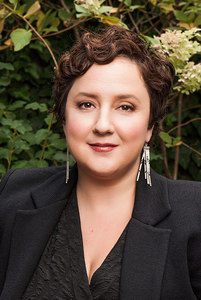 Julia Fierro is the author of Cutting Teeth, which was recently included in Library Journal’s “Spring Best Debuts” and on “Most Anticipated Books of 2014” lists by HuffPost Books, Flavorwire, Marie Claire, and The Millions. Fierro’s work has been published or is forthcoming in Guernica, Glamour, Poets & Writers, and other publications, and she has been profiled in The Observer and The Economist. In 2002, she founded The Sackett Street Writers’ Workshop in Brooklyn, New York, which has grown into a creative home for more than 2500 writers. A graduate of the Iowa Writers’ Workshop, where she was a Teaching-Writing Fellow, Fierro lives in Brooklyn with her husband and their two children.

Myung Joh graduated from the University of Virginia’s MFA program in 2008. In her day job, MJ manages content for a social media marketing website; by night, she works on her young adult novel and teaches for The Sackett Street Writers’ Workshop.

Matt Matros‘s writing has appeared in The Washington Post, CNNMoney.com, UCSB’s Spectrum, and CardPlayer magazine. He is seeking representation for his novel Electives & Extracurriculars, a big-hearted send-up of college in the late nineties, and he’s at work on a new project loosely based on Bob Bradley’s tenure as coach of the Egyptian national soccer team. In his other life as a professional gambler, Matt has won three World Series of Poker bracelets, and he is the author of The Making of a Poker Player (Kensington, 2005). Matt has an MFA from Sarah Lawrence College, and lives in Brooklyn with his wife Ivy.

Orli Van Mourik is a Brooklyn-based writer. After graduating from NYU’s Journalism School in 2006, she ghostwrote a nationally syndicated daily money column, served as a stringer for The New York Times, assisted New Journalism giant Gay Talese in researching a nonfiction novel about his 50 year marriage, and wrote a blog detailing breakthroughs in neuroscience for SEED magazine. Her work has appeared in Psychology Today, Discover Magazine, and The New York Observer, among other venues, and has been anthologized in The Open Laboratory. She is a regular book reviewer for The Brooklyn Rail and Brooklyn Based and is working on a novel. She teaches for The Sackett Street Writers’ Workshop.