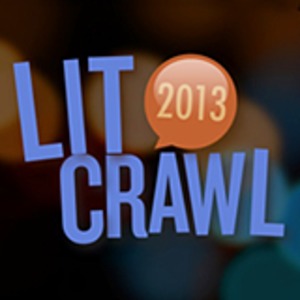 Join PEN on the second stop of Lit Crawl Brooklyn for an evening of karaoke and performances with PEN Members Elliott Holt, Alina Simone, and Leigh Stein, who will be belting out their favorite songs, fielding questions about their work, and entertaining karaoke requests from the audience. From 80s Cold War paranoia to 80s pop, relive your favorite classics with these writers-turned-singers.

Elliott Holt‘s short fiction has appeared in The Pushcart Prize XXXV (2011 anthology), among other places, and she was the runner-up for the 2011 PEN Emerging Writers Award. Her first novel You Are One of Them will be published by the Penguin Press on May 30, 2013.

Alina Simone is a Brooklyn-based singer and author. Her books include the essay collection You Must Go and Win and the novel Note to Self. You can hear her cover of “Oops!…I did it again” here.

Leigh Stein is the author of the novel The Fallback Plan, which New York Magazine called “a masterwork of the post-collegiate babysitting genre,” and a book of poems, Dispatch from the Future (both Melville House, 2012). She is at work on a memoir about death and the Internet.

For a full list of all Lit Crawl Brooklyn events happening that night, visit the Lit Crawl website here.

Cameroonian journalist Samuel Wazizi, who was arrested in August for criticizing the government's handling of a separatist revolt, has died in detention, rights group Reporters Without Borders (RSF) has said. Read more about it here: https://bit.ly/2UeRkIY

Mexicans have responded with outrage after a man was found beaten to death hours after he was arrested by police officers for not wearing a face mask in public. Anti-police protests erupted on Thursday in Guadalajara, the country’s second-largest city. https://bit.ly/2UeRcJu