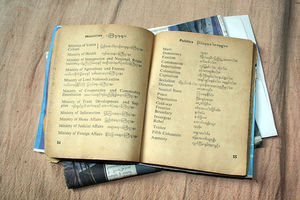 At this pivotal time for creative expression in Myanmar, join us for an evening of readings and conversation with preeminent writers from Myanmar on a rare visit to the United States. Writers include Ma Thida, Nay Phone Latt, Khin Mya Zin, and others. Moderated by D.W. Gibson, director of Writers Omi and co-founder and co-director of Sangam House, a writers’ residency in India. PEN American Center has worked with writers in Myanmar since 1996 and in fall 2013 PEN Myanmar was launched, establishing a center run by writers that addresses freedom of expression and promotes literature.