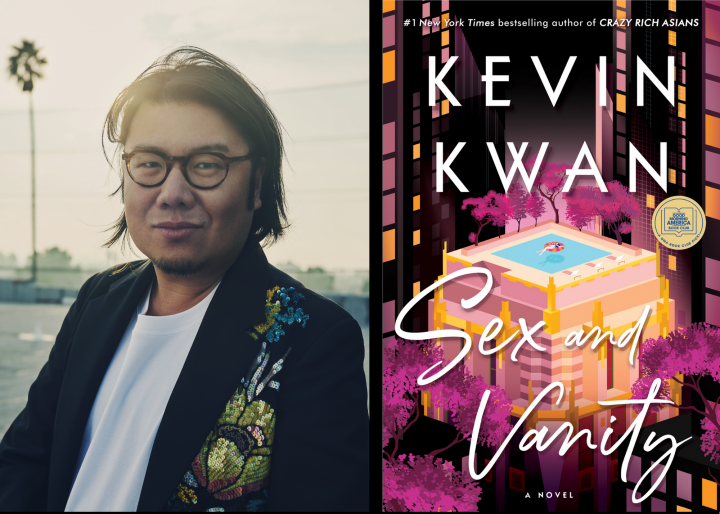 Join us for an exciting conversation with best-selling author Kevin Kwan, author of Crazy Rich Asians, to discuss his new book Sex and Vanity, and the importance of telling Asian American stories, both on the page and on the screen.

Kevin Kwan is the author of Crazy Rich Asians, the international bestselling novel that has been translated into more than 30 languages. Its sequel, China Rich Girlfriend, was released in 2015, and Rich People Problems, the final book in the trilogy, followed in 2017. For several weeks in 2018, the Crazy Rich Asians trilogy commanded the top three positions of the New York Times bestseller list – an almost unprecedented single-author trifecta, and the film adaptation of Crazy Rich Asians became Hollywood’s highest grossing romantic comedy in over a decade. In 2018, Kevin was named by Time Magazine as one of the 100 Most Influential People in the World. His newest book, Sex and Vanity, is a glittering tale of a young woman who finds herself torn between two men: the WASPY fiancé of her family’s dreams and George Zao, the man she is desperately trying to avoid falling in love with.

A $125 donation is required to attend this very special evening. This donation is considered 100 percent tax-deductible and supports PEN America’s mission to defend writers and free expression at a time of unprecedented need. Please fill out the form below to make a contribution and reserve your ticket. Your generosity is deeply appreciated.

Space will be limited to 25 guests to facilitate audience participation and discussion. Following your RSVP, you will be sent the Zoom meeting invitation. This is a private video meeting, and only guests who are on the RSVP list will be permitted to join.

Please contact Caelan Fortes at [email protected] for any additional questions or concerns.

ALTA's first ever virtual conference, #ALTA43: In Between, starts TOMORROW! Check out the conference schedule (http://ow.ly/w2Fs50BD9VC) to see what is on offer from tomorrow through October 18, and be sure to register to enjoy it all! http://ow.ly/ImK350BD9VD