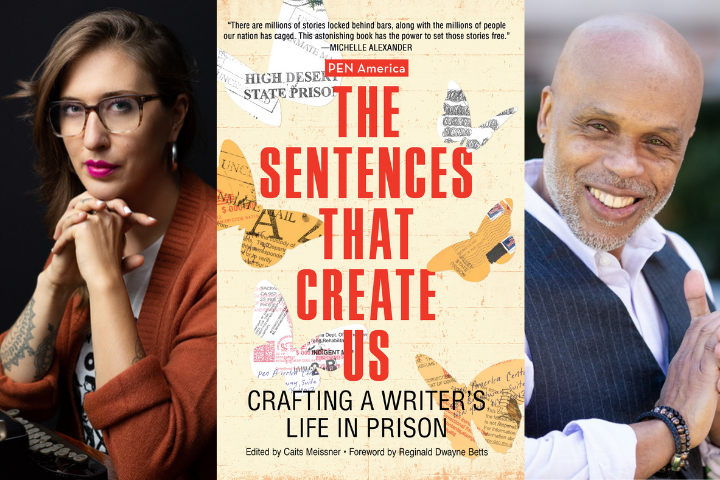 Join us for an evening with editor Caits Meissner and contributor Alejo Rodriguez discussing The Sentences That Create Us: Crafting a Writer’s Life in Prison. The Sentences That Create Us is an anthology of original essays from more than fifty contributors that provides a road map for incarcerated people and their allies to have a thriving writing life behind bars and shared beyond them. This evening is hosted by Catherine Gund and Art for Justice Fund.

Alejo Rodriguez is an advocate, teacher, and poet, whose work appears in Outlaw Bible of American Poetry and Doing Time: 25 Years of PEN Prison Writer Awards.  He serves as a Board Member for Gideon’s Promise, the Broadway Advocacy Coalition, and the Parole Preparation Project. He is a former Senior Teaching Artist for Tribeca Film Institute’s screening series at Otisville Correctional Facility. His odyssey through the New York State prison system, including his struggles with parole and legal discoveries were published in the September 2019 CUNY Law Review issue. Rodriguez is the Director of Collaborative Advocacy at Zealous.

Caits Meissner is the director of Prison and Justice Writing at PEN America. She has taught, consulted, and co-created extensively for over 15 years across a wide spectrum of communities with a focus on prisons, public schools, and college classrooms at The New School and The City College of New York. In 2017, Meissner reenvisioned the concept of book tour for her illustrated poetry collection Let It Die Hungry, pairing public speaking engagements with opportunities to work with incarcerated writers across the United States.

RSVP for this evening to Christy Wensley at cwensley@pen.org.