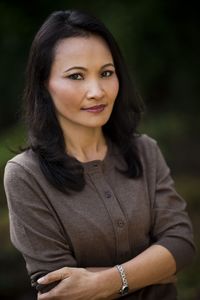 Bravery in art, democracy in politics, and the sheer raw zeniths and nadirs of modern life. Join us as we kick off this year’s festival with a stellar line-up of authors, including Najwan Darwish, “one of the 39 best Arab writers under the age of 40”; Joy Harjo, a formidable voice in the second wave of “Native American Renaissance”; Mikhail Shishkin, one of the best contemporary Russian writers; award-winning Caribbean writers Jamaica Kincaid and Earl Lovelace; 2012 German Book Prize winner Ursula Krechel; Lieutenant Colonel in the U.S. Air Force David Frakt whose defense of Guantanamo detainee Mohammed Jawad earned him an international reputation as a champion of human rights; Lieutenant Colonel in the Army Reserve Darrel Vandeveld, former prosecutor for the U.S. Military Commissions, from which he resigned to protest the lack of due process afforded to the Guantanamo detainees; up-and-coming Nigerian writer A. Igoni Barrett, whose Love Is Power, Or Something Like That, is due in May; and Vaddey Ratner, survivor of Cambodia’s Khmer Rouge regime and author of the New York Times bestseller In the Shadow of the Banyan.

The event is hosted by comedian Baratunde Thurston, formerly ofThe Onion and author of the New York Times bestseller How To Be Black.