On Ukraine from the Inside 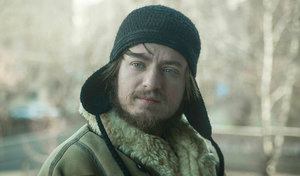 A conspiracy thriller documentary, The Russian Woodpecker follows eccentric Ukrainian artist Fedor Alexandrovich as he unmasks a Chernobyl disaster cover-up amid clouds of war and revolution. Winner of a Grand Jury Prize at the 2015 Sundance Film Festival, the movie takes audiences to the front lines of the current conflict between Ukraine and Russia and its ramifications for the whole world. Hear firsthand accounts of Fedor’s journey and the making of the film—which The Guardian praised as “a rollicking ride of masterly narrative construction unlike any other documentary in Sundance”—during this conversation with Fedor Alexandrovich, Ram Devineni, and surprise guests.