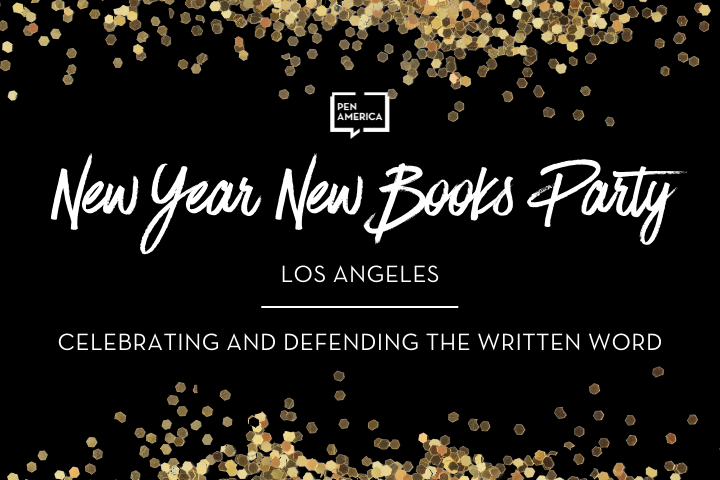 Ring in the new year among fellow PEN America Members and supporters at our annual New Year New Books Party in Los Angeles co-presented by Skylight Books! As we dive into 2022, let us also gather in celebration and in defense of the written word. The past year has seen alarming drives in legislatures, school districts, and communities nationwide to ban books by members of our community that bring diversity and representation to our shelves. Join us in standing against censorship and for the joys that literature brings to our lives.

This special event is also a space to honor those members who have been published in 2020 and 2021.  Check out fellow members’ publications in the slideshow below! Members will appear in alphabetical order by last name. Click through the slideshow by using the arrows on the left and right-hand sides of the images. You can also view the full gallery here. 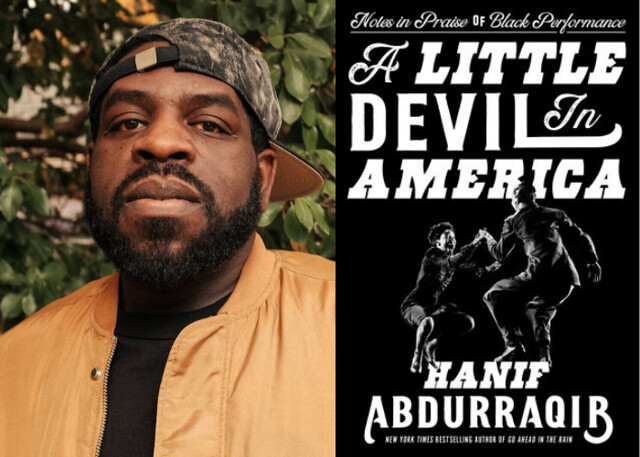 After becoming a movie critic for the Chicago Tribune at age 16, KK Wootton received her BFA in dramatic writing from New York University and a master’s degree in writing from the University of Southern California (USC). She has taught writing at USC and at Northwestern University’s School of Professional Studies. Wootton has published short fiction in the Grove Press anthology They’re at It Again and creative nonfiction in the Houghton Mifflin collection, Personals. In his column “On Language,” William Safire attributed to her the first media appearance of the phrase “get a life.”

Randa Jarrar is the author of the memoir Love Is an Ex-Country, the novel A Map of Home, and the collection of stories Him, Me, Muhammad Ali. She is also a performer who has appeared in independent films and in the TV show Ramy. Her essays have appeared in The New York Times Magazine, Salon, Bitch, Buzzfeed, and elsewhere. She is a recipient of a Creative Capital Award and an American Book Award, as well as awards and fellowships from the Lannan Foundation, PEN America, and others. She lives in Los Angeles.

Jade Chang is the author of The Wangs vs. the World, published by Houghton Mifflin Harcourt. The Wangs has been named a New York Times Editors’ Choice as well as a Best Book of the Year by Amazon, Buzzfeed, ELLE, and NPR, and was honored with the VCU Cabell First Novelist Award. The novel will be published in 12 countries. According to NPR, “Her book is unrelentingly fun, but it is also raw and profane—a story of fierce pride, fierce anger, and even fiercer love.” Photo Credit: Emma McIntyre

Catie Disabato‘s second novel, U Up?, was published by Melville House in 2021. It was named one of the best mystery novels of 2021 by The New York Times. Her first novel, The Ghost Network, was published in 2015 and was called a “smart and thorny debut” by The New York Times Book Review. Disabato has written essays and criticism for outlets including LAist, BuzzFeed, and LA Weekly. She lives in Los Angeles. Photo Credit: Michael Ori

Katy Simpson Smith is the author of We Have Raised All of You: Motherhood in the South, 1750-1835, and the novels The Story of Land and Sea, Free Men, and The Everlasting, which The New York Times named among the Top 10 Historical Fiction of 2020. Her writing has also appeared in The New York Times Book Review, The Paris Review, Los Angeles Review of Books, Oxford American, Granta, and Literary Hub. She lives in New Orleans and teaches at Bennington College’s Writing Seminars.

George M. Johnson is an award-winning Black nonbinary writer, author, and activist located in the NYC area. Johnson has written for major outlets including Teen Vogue, Entertainment Tonight, NBC, The Root, BuzzFeed, Essence, Ebony, them, and theGrio. They have also served as guest editor for BET.com’s Pride month. In 2019, they were awarded the Salute to Excellence Award by the National Association of Black Journalists for their article “When Racism Anchors your Health in Vice Magazine.” And, in 2020, they were recently named to The Root 100 Most Influential African Americans. Their debut young adult memoir, All Boys Aren’t Blue, was published in 2020. Their next YA memoir, We Are Not Broken, was released on September 7, 2021. Johnson is also a proud HBCU alum twice over, and a member of Alpha Phi Alpha Fraternity, Inc. Photo Credit: Vincent Marc

Neel Patel is a first-generation Indian American who grew up in Champaign, Illinois. His debut story collection, If You See Me, Don’t Say Hi, was a New York Times Book Review Editor’s Choice and was long-listed for the Story Prize and the Aspen Words Literary Prize. He currently lives in Los Angeles. Tell Me How to Be is his debut novel.

Jean Chen Ho is the author of Fiona and Jane (Viking 2022). Her writing appears in New York Times Magazine, The Cut, Electric Literature, Los Angeles Times, Georgia Review, and elsewhere. Jean is a doctoral candidate in Literature and Creative Writing at USC. She lives in Los Angeles.

Kyle Lucia Wu is the author of Win Me Something (Tin House Books 2021). An NPR Best Book of the Year, Win Me Something was called “carefully observed and subtly devastating” by Vogue, “finely crafted” by The New York Times, and “a poignant, impressive debut” by Shondaland. A former Asian American Writers’ Workshop Margins Fellow, Kyle is the Managing Director at Kundiman and teaches creative writing at Fordham University.