This is a Members-Only Event.

In the dining room, dorm room, boardroom, and ladies room debate simmers over the revelations and repercussions of the #MeToo movement. Voices and stories have been heard publicly for the first time, cultural icons dethroned, reputations sullied, productions shelved, and honored creative works thrown into disrepute. Behaviors once acquiesced to or enabled are now reviled. As lines are redrawn we tussle over who controls the pen. Difference of race, class, culture, sexual orientation, gender identity, and generation color our views and experiences. PEN America writers have been at the forefront of these debates, speaking out from all perspectives.

At the 2018 PEN America Annual General Meeting, #MeToo: A Writers’ Reckoning will bring together some of our most bracing voices with varied views for a frank conversation about the implications, contradictions, and future of the #MeToo movement, power relations in the creative spheres, the duties of individuals and institutions, and how the writing community can rise to the occasion.

This event will begin with remarks from PEN America President, Andrew Solomon, who will announce the results of the trustee election. PEN America Trustee Jennifer Egan will give remarks on what lies ahead for PEN America in 2018 and Executive Director, Suzanne Nossel will moderate a panel which includes: WNYC’s Rebecca Carroll, The Nation Institute’s Collier Meyerson, Author and Activist Masha Gessen, Playwright Theresa Rebeck, and New York Magazine’s Wesley Yang. A discussion with the audience will follow.

This Town Hall will take place as part of PEN America’s statutory annual meeting and attendance is limited to PEN America Members in good standing. New members can attend #MeToo: A Writers’ Reckoning by joining today, using the discount code AGM2018 for 20% off your membership dues.

View Photos from the Event: 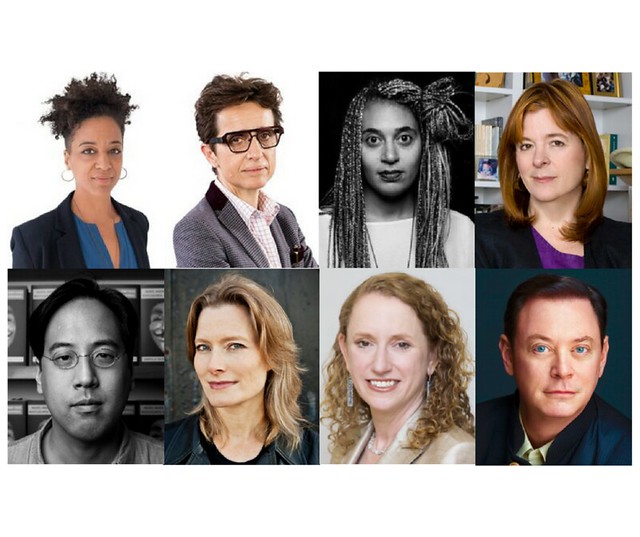 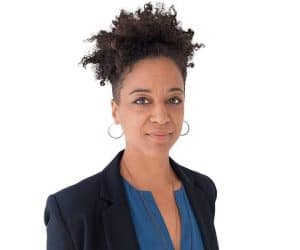 Rebecca Carroll is producer of special projects at WNYC New York Public Radio, and host of the forthcoming live to tape podcast Black Folks. She is a regular Opinion Writer at The Guardian US and author of five interview-based narrative nonfiction books about race in America, including the award-winning Sugar in the Raw, and critically acclaimed Saving the Race. She has held senior editor positions at The Huffington Post and PAPER magazine and her essays, cultural commentary, book reviews and feature profiles have appeared in The New York Times, New York Magazine, Ebony, Essence, The Daily Beast, Jezebel, Gawker, The New Republic, and The Guardian, among others. She is a former producer for The Charlie Rose Show, and hosted talk show DocStock on the Plum TV network, which earned her an Emmy nomination for an hour-long special with iconic documentary filmmaker Albert Maysles. She is a critic-at-large for the Los Angeles Times, and a regular columnist for Shondaland. 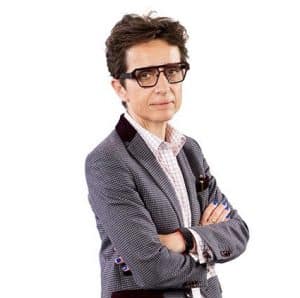 PEN America Trustee Masha Gessen, is the author, most recently, of The Future Is History: How Totalitarianism Reclaimed Russia, which won the National Book Award in nonfiction in 2017. Her other books include The Brothers: The Road to an American Tragedy, Words Will Break Cement: The Passion of Pussy Riot, and the international best seller The Man Without a Face: The Unlikely Rise of Vladimir Putin. She is also the co-editor, with Joseph Huff-Hannon, of the anthology Gay Propaganda: Russian Love Stories. Born in Moscow, she immigrated to the United States in her teens and then returned to Russia a decade later. After 20 years in Moscow, she relocated to New York City in 2014. Writing in both English and Russian, she has covered every major development in Russian politics and culture of the past two decades. She contributes regularly to The New Yorker, The New York Times, and The New York Review of Books, and her work has appeared in The Guardian, U.S. News & World Report (for which she served as Moscow Bureau Chief), Vanity Fair, The New Republic, Granta, and Slate, among others. Gessen also provides translation for the FX drama The Americans. She is a visiting professor at Amherst College and the recipient of a Guggenheim Fellowship, an Andrew Carnegie Fellowship, and a Nieman Fellowship. She joined the PEN America Board in 2014. 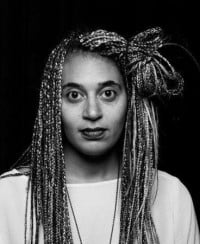 Collier Meyerson is a Knobler Fellow at the Nation Institute, where she focuses on reporting about race and politics, and an investigative fellow at Reveal. She received an Emmy for her work on the MSNBC’s All In with Chris Hayes and won the National Association of Black Journalists’ 2016 award for commentary. Her work has appeared in the New Yorker, Glamour Magazine, and MSNBC among others. She lives in Brooklyn. 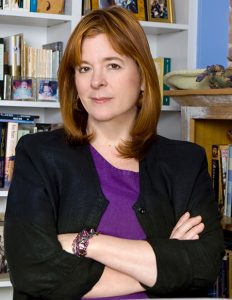 PEN America Trustee Theresa Rebeck is a a playwright, novelist and television writer. Her plays include The Scene, Mauritius, and Seminar, and she created the NBC series Smash. In 2010 she was the recipient of the PEN/Laura Pels International Foundation for Theater Award for American Playwright in Mid-Career. All of her past produced plays have been collected in Theresa Rebeck: Complete Plays, Volumes I, II, and III. Rebeck has also written two novels, Three Girls and Their Brother and Twelve Rooms With A View, as well as Free Fire Zone, a book of comedic essays about writing and show business. In television, she has written and produced for Canterbury’s Law, Smith, Law and Order: Criminal Intent, and NYPD Blue, among other shows. Rebeck holds an MFA in Playwriting and a PhD in Victorian Melodrama, both from Brandeis University. She lives in Brooklyn with her husband Jess Lynn and two children, Cooper and Cleo. 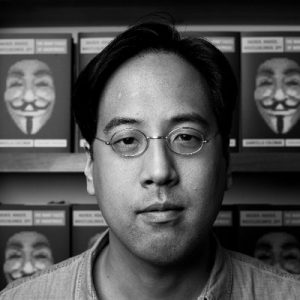 Wesley Yang is a contributing writer and editor to New York Magazine, the Huffington Post, and Harper’s Magazine. Much of his work, including the viral article “Paper Tigers”, voices various narratives of the Asian-America community. “Here is what I sometimes suspect my face signifies to other Americans,” he writes, “an invisible person, barely distinguishable from a mass of faces that resemble it…a mass of stifled, repressed, abused, conformist quasi-robots who simply do not matter.” Yang graduated with BA in History from Rutgers University. 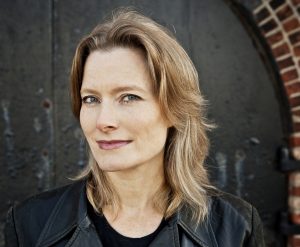 PEN America Trustee Jennifer Egan is the author of A Visit From the Goon Squad, which won the 2011 Pulitzer Prize, the National Book Critics Circle Award for Fiction, and the LA Times Book Prize. Her most recent work, Manhattan Beach, was longlisted for the 2017 National Book Award in Fiction and won the Carnegie Medal for literary excellence in fiction. Other works include: The Invisible Circus, a novel that became a feature film starring Cameron Diaz in 2001; Look at Me, a finalist for the National Book Award in fiction in 2001; The Keep; and Snowball: Watch Out! Light and Dark Stories for the Season. Her short stories have appeared in The New Yorker, Harper’s, Granta, McSweeney’s, The Best American Short Stories, and other magazines and books. She is a recipient of a Guggenheim Fellowship, a National Endowment for the Arts Fellowship in Fiction, and a Dorothy and Lewis B. Cullman Fellowship at the New York Public Library. Her nonfiction articles appear frequently in The New York Times Magazine, and her 2002 cover story on homeless children received the Carroll Kowal Journalism Award. Her article, “The Bipolar Kid,” received a 2009 NAMI Outstanding Media Award for Science and Health Reporting from the National Alliance on Mental Illness. She was born in Chicago and raised in San Francisco. She joined the PEN America Board in 2012.

Suzanne Nossel is the Executive Director of PEN America. Since joining PEN America in 2013, she has overseen a doubling of the organization’s staff and budget, the establishment of a Washington office, unification with PEN Center USA in Los Angeles, and groundbreaking work on free expression in Hong Kong and China, Myanmar, Eurasia and the United States. She is a leading voice on free expression issues in the US and globally, writing and being interviewed frequently for national and international media outlets. Her prior career has spanned government service and leadership roles in the corporate and non-profit sectors. She has served as the Chief Operating Officer of Human Rights Watch and as Executive Director of Amnesty International USA. During the first term of the Obama Administration, Nossel served as Deputy Assistant Secretary of State for International Organizations, where she led US engagement in the United Nations and multilateral institutions, on human rights and humanitarian issues. During the Clinton Administration, Nossel was Deputy to the US Ambassador for UN Management and Reform at the U.S. Mission to the United Nations, where she was the lead negotiator in settling US arrears to the world body. During her corporate career, Nossel served as Vice President of US Business Development for Bertelsmann and as Vice President for Strategy and Operations for the Wall Street Journal. Nossel is a featured columnist for Foreign Policy magazine and has published op-eds in the New York Times, Washington Post, LA Times and dozens of other outlets, as well as scholarly articles in Foreign Affairs, Dissent, Democracy and other journals. Nossel serves on the Board of Directors of the Tides Foundation. Nossel is a magna cum laude graduate of both Harvard College and Harvard Law School. 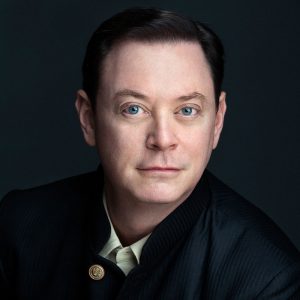 PEN America President Andrew Solomon is a writer and lecturer on politics, culture, and psychology, a professor of clinical psychology at Columbia University Medical Center, and the president of PEN America. He is the author of, most recently, Far and Away: Reporting from the Brink of Change, an anthology of his international reporting, and Far From the Tree: Parents, Children, and the Search for Identity, which received the National Book Critics Circle Award for nonfiction as well as more than 25 other national awards. His previous book, The Noonday Demon: An Atlas of Depression, won the National Book Award and was a Pulitzer Prize finalist, and has been published in 24 languages. He is also the author of The Irony Tower: Soviet Artists in a Time of Glasnost, and of a novel, A Stone Boat. His writing appears frequently in The New Yorker and in The New York Times, and he is often on NPR. His TED talks have been viewed over 10 million times. Solomon is an activist in LGBT rights, mental health, education, and the arts. He is founder of the Solomon Research Fellowships in LGBT Studies at Yale University, and a member of the board of the National LGBTQ Force and Trans Youth Family Allies. Additionally, he serves on the boards of the Metropolitan Museum of Art, the World Monuments Fund, Yaddo, and The Alex Fund.