Lovers at the Chameleon Club, Paris 1932: A Novel. with Francine Prose, Tuesday February 3 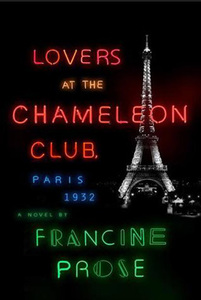 At the home of Theresa Rebeck

You are invited to a private dinner with American novelist and ’88 PEN Translation award winner Francine Prose. The dinner will be hosted by Theresa Rebeck on Tuesday February 3, 2015 at 7:30pm and all contributions will benefit PEN American center.

Francine will talk about her latest book, Lovers at the Chameleon Club, Paris 1932: A Novel. “The breadth, nerve and intricacy of Francine Prose’s big new novel should surprise even her most regular readers. A bona fide page turner, Lovers at the Chameleon Club, Paris 1932, unfolds over 20 years, across an increasingly ominous Europe, among thugs and artists and poseurs who share only the danger that threatens to cramp their partying style…But as that “chameleon” in that title indicates, everything here, even the Chameleon Club itself, is subject to wartime change.”