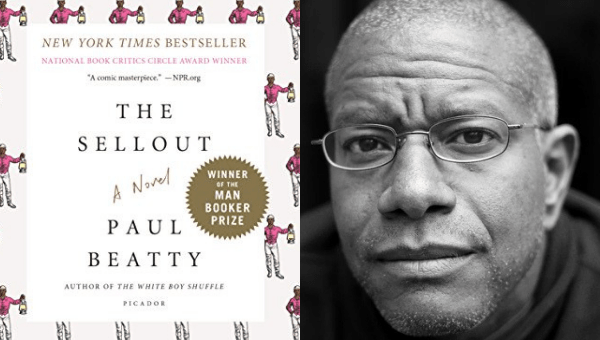 PEN America and The Edison hope to see you at our October Book Club to discuss The Sellout by Paul Beatty. Hosted by Chris L. Terry.

“[The Sellout] is among the most important and difficult American novels written in the 21st century . . . It is a bruising novel that readers will likely never forget.” ―Kiese Laymon, Los Angeles Times

Free and open to all, both PEN America Members and non-Members. Specialty cocktails will be offered all night, and happy hour prices are available.

Paul Beatty is the author of four novels―Slumberland, Tuff, The White Boy Shuffle, and The Sellout―and two books of poetry: Big Bank Take Little Bank and Joker, Joker, Deuce. He is the editor of Hokum: An Anthology of African-American Humor. In 2016, he became the first American to win the Man Booker Prize. He lives in New York City.

Chris L. Terry’s debut novel Zero Fade was on Best of 2013 lists by Slate.com and Kirkus Reviews, who called it, “Original, hilarious, thought-provoking, and wicked smart . . . not to be missed.” His novel Black Card, a satire about a mixed-race punk musician with a black imaginary friend, is forthcoming from Catapult in 2019. Terry’s work has appeared in Best Small Fictions 2015, PANK, Very Smart Brothas, Apogee, Razorcake, Chicago Reader, and more. He read Paul Beatty’s first novel The White Boy Shuffle in 2004 and it made him feel like it was possible to tell skewed and smart-assed stories about the African-American experience.