Life Under Occupation: The State of Human Rights in Crimea 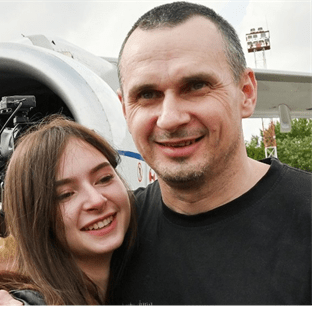 The Commission on Security and Cooperation in Europe, also known as the Helsinki Commission, announced a hearing featuring Oleg Sentsov, the acclaimed Ukrainian activist, political prisoner and 2017 recipient of the PEN America/Barbey Freedom to Write Award, to take place on January 28, 2020.

Nearly six years into Russia’s illegal occupation of Crimea, the human rights situation there continues to deteriorate. Russian authorities have restricted freedom of speech and assembly, suppressed civil society activity, persecuted religious and ethnic minorities, muzzled dissent, and continue to implement an aggressive process of “Russification” toward residents of the peninsula.

The hearing will feature Oleg Sentsov, a Ukrainian writer and filmmaker who was sentenced to 20 years in jail by a Russian court on trumped-up charges of terrorism in 2014. In 2018, Sentsov became a worldwide symbol of defiance and courage when he launched a hunger strike on behalf of all Ukrainian political prisoners being held by Russia. He and other witnesses will discuss the Russian Government’s continued assault on Crimea’s vulnerable minorities, as well as its blatant disregard for basic rights.

The following witnesses are scheduled to participate: