The Impact of Immigration Reform on Our Community 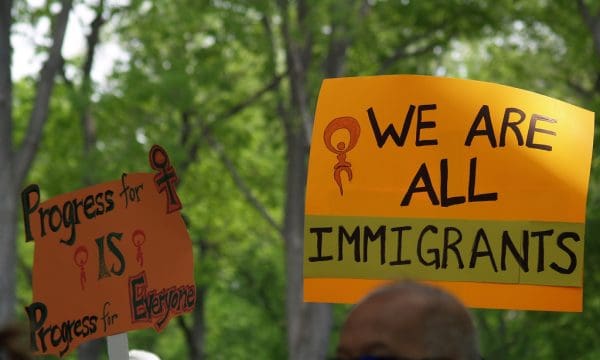 The College of Arts and Sciences at Oakland University hosted an interdisciplinary panel on the impact of immigration reform on our community at 5:30pm through a grant from PEN America. The panel featured Lisa Smith, MSN, FNP-C; Sonia Nieske, Pontiac High School ESL teacher; Angela Powell-Medlock, Pontiac High School social worker; and Mayra Lorenzana-Miles, immigration lawyer. The panelists spoke on the ways in which immigrant populations have been affected by the policy changes enacted by the current federal administration. Natalie Broda of The Oakland Press will also be in attendance.

Details about the grant: 15 students from creative writing, English, Spanish, journalism, and cinema classes selected by faculty for their outstanding scholarship have been named PEN America fellows and will receive stipends. Their fellowship will culminate in a filmed immigration storytelling project. The event has been planned by Professors Annie Gilson, Maria Saenz-Roby of Spanish, and Holly Gilbert of journalism, with additional support from Tim Donahue, Katie Hartsock, Susan McCarty, and Alison Powell.

View the students’ work in order to learn more about how ICE policy affects local immigrant populations, particularly those in Pontiac and other neighboring Southeast Michigan communities here.

Oakland University is a recipient of a Press Freedom Incentive Fund grant.