Freedom Forums: A Conversation on Freedom 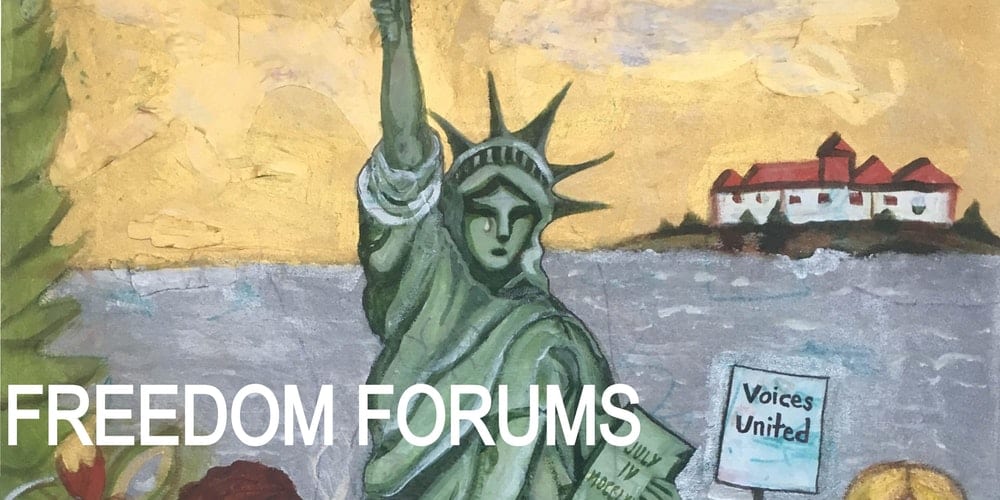 The rhetoric of the past year’s presidential election cycle raised the specter of a divided America, the fallout and reverberations of which threaten our basic democratic ideals and values. With fear and marginalization of the other on the rise, what can be done to rekindle our commitment to the ideals of freedom, decency, and equality? How can we begin to understand how to heal this divide?

With these questions in mind, poets Alexis De Veaux, internationally renowned activist and author of Warrior Poet: A Biography of Audre Lorde; Jericho Brown, associate professor of English and creative writing at Emory University; Tina Chang, the first woman Poet Laureate of Brooklyn; and Aja Monet, performer, educator, and human rights advocate, will join Freedom Forums for a  conversation on what freedom means to them as writers, individuals, and citizens. Participants will also share the work of writers who’ve inspired them before transitioning into an open conversation between the poets and the audience.

Register for this free event »

Freedom Forums is presented by the National Parks of New York Harbor Conservancy, the primary nonprofit partner of the National Parks of New York Harbor. It is organized by Harbor Conservancy Literary Arts Advisor Debora Ott, and funded in part by Vision and Action Grants from Humanities New York and by the New York State Council on the Arts with the support of Governor Andrew M. Cuomo and the New York State Legislature. For further information, contact Debora Ott at debora.ott.consulting@gmail.com

PEN America is a co-sponsor of this event.