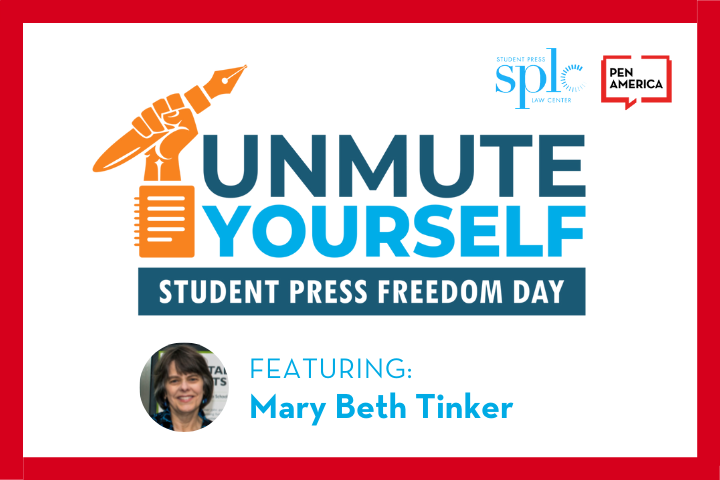 Student Press Freedom Day is a national day of action when student journalists in the United States raise awareness of the challenges they face, celebrate their contributions to their schools and communities, and take actions to protect and restore their First Amendment freedoms. Student journalists must be empowered to tell the stories most important to their communities, free from overt censorship, and able to withstand the pressures that lead to self-censorship. 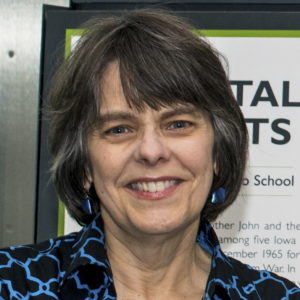 At 13, Mary Beth Tinker took a controversial stand by wearing a black armband to her Iowa school in response to the Vietnam War. When school officials suspended her, she took her free speech case all the way to the Supreme Court and won. Today, Tinker urges young people to become agents of positive change in their schools and in their communities. Mary Beth Tinker was born in 1952 and grew up in Des Moines, Iowa, where her father was a Methodist minister. As a 13-year-old student in eighth grade, Mary Beth was strongly affected by news of the Vietnam War. She and her brothers and sister, along with other students in her school, decided to wear black armbands to school to mourn the dead on both sides of the Vietnam War. The Des Moines school board threatened to suspend any student that wore an armband to school. Citing her First Amendment rights, Tinker chose to wear her armband to school. She was suspended. This was the basis for the Supreme Court’s landmark, freedom of speech ruling in Tinker v. Des Moines. The court ruled that students in public schools do have First Amendment rights. Justice Abe Fortas wrote in the majority opinion that students and teachers “do not shed their constitutional rights to freedom of speech or expression at the schoolhouse gate.” Tinker speaks frequently with student groups across the country to share her story, and to hear how students today are bringing the Constitution to life in their own communities.

Sara Fajardo (she/her) is from Berkeley Heights, NJ. She graduated from Governor Livingston High School in 2021, where she was the Editor in Chief and Social Media Manager of the newspaper, The Highlander. Throughout high school she was a student leader for the Garden State Scholastic Press Association, worked with the SPLC on NJ New Voices and was a Diversity Council board me ever. In 2019 She was a NJ State Teen Arts invitee and in 2020 she received the Berkeley Heights Education Foundation Creative Writing Award in and she was a Nationals Qualifier for the Future Business Leaders of America Journalism Competition. She is currently studying Journalism and Spanish at Rutgers University where she is a staff writer for the Daily Targum and an intern at TAPinto Berkeley Heights.

Pratika Katiyar is a Dean’s scholarship student at Northeastern University majoring in Business Administration and Communication Studies. She is a recent graduate of Thomas Jefferson High School for Science and Technology and the former editor-in-chief of the student-run publication tjTODAY. Her role as editor-in-chief granted her many accolades, including one of Virginia’s Journalists of the Year. Over the past few years, she has lobbied passionately to get New Voices legislation passed in her home state of Virginia and across the nation. She testified for the New Voices Virginia Bill in January of 2020, and has since advocated for student press freedom by contributing to various publications, speaking on panels, and co-chairing Student Press Freedom Day. For her work, she has been featured in several news outlets, most notably Teen Vogue, NBC Washington, and ABC 7.

Jack Rintoul is a junior at the University of Missouri-Columbia majoring in Strategic Communications and Graphic Design. At college, Rintoul works for the University of Missouri School of Law as a communications intern assisting with their design and video needs. Over the past few years, Rintoul has worked with the New Voices Missouri Campaign traveling to Jefferson City multiple times to cover the legislation and testify in support of the bill. Last summer, Rintoul served as the Nick Ferentinos New Voices Fellow for the Student Press Law Center and worked with student advocates from around the country.

Cade Spencer is a current student in the Georgetown University College Class of 2025. He seeks to pursue majors in Government and English with a minor in Education, Inquiry, and Justice. As a passionate student journalist in high school and college, Cade has been a strong advocate for student press freedom and Free Speech protection overall. Cade has served as a leading board member of New Voices Texas, a Student Co-chair for the Student Press Law Center’s 2022 Student Press Freedom Day, and a Race and Identity research assistant for the Georgetown University Free Speech Project. Additionally, Cade serves on the student board for the Georgetown University Center for Social Justice and on the Inclusion and Equity Policy Chair team for the Georgetown Student Association, and he is a projects and development intern for Magis Americas.

Nicholas “Niko” Perez is the manager of free expression and education at PEN America. In this role, he advances PEN America’s efforts to catalyze a more informed, civic culture through free expression education for the rising generation and the general public, and supports advocacy, analysis, and outreach in the national debate around free speech and inclusion in higher education. Perez co-directs the Free Speech Advocacy Institute and hosts Free Speech Live!, a biweekly series of youth-oriented discussions focusing on contemporary issues related to free speech, open exchange, human rights, and democracy. Perez previously worked for the Columbia University Human Rights Advocates Program and consulted for the Human Rights Education and Training section at the United Nations.

Hadar Harris, a human rights attorney and non-profit leader with a passion for working with and on behalf of students, joined the SPLC on Sept. 6, 2017. She previously served as the executive director of the Northern California Innocence Project. For 13 years, Harris was executive director of the Center for Human Rights & Humanitarian Law at American University Washington College of Law. Earlier in her career, Harris served as executive director of the Congressional Human Rights Caucus, a bipartisan legislative service organization of the US House of Representatives, under the leadership of the late Congressman Tom Lantos (D-CA). Following her graduation from law school, she worked in private practice at the law firm Littler Mendelson. Harris holds a BA in Political Science from Brown University and a Juris Doctor from the University of California, Los Angeles.

Peris Tushabe is the free expression and education program assistant at PEN America, supporting PEN America’s advocacy for free expression in educational institutions as well as the Free Speech Advocacy Institute. Tushabe was born and raised in Uganda before moving to the United States, where she attended high school and earned her bachelor’s degree from Skidmore College in political science, minoring in French language studies. Prior to joining PEN America, Tushabe interned at the Frances Young Tang Teaching Museum as a public programming assistant, and worked for candidate Tedra Cobb in her campaign for the U.S. House of Representatives. 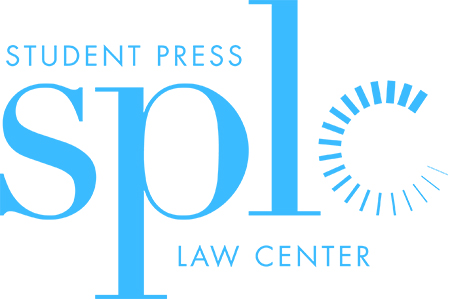 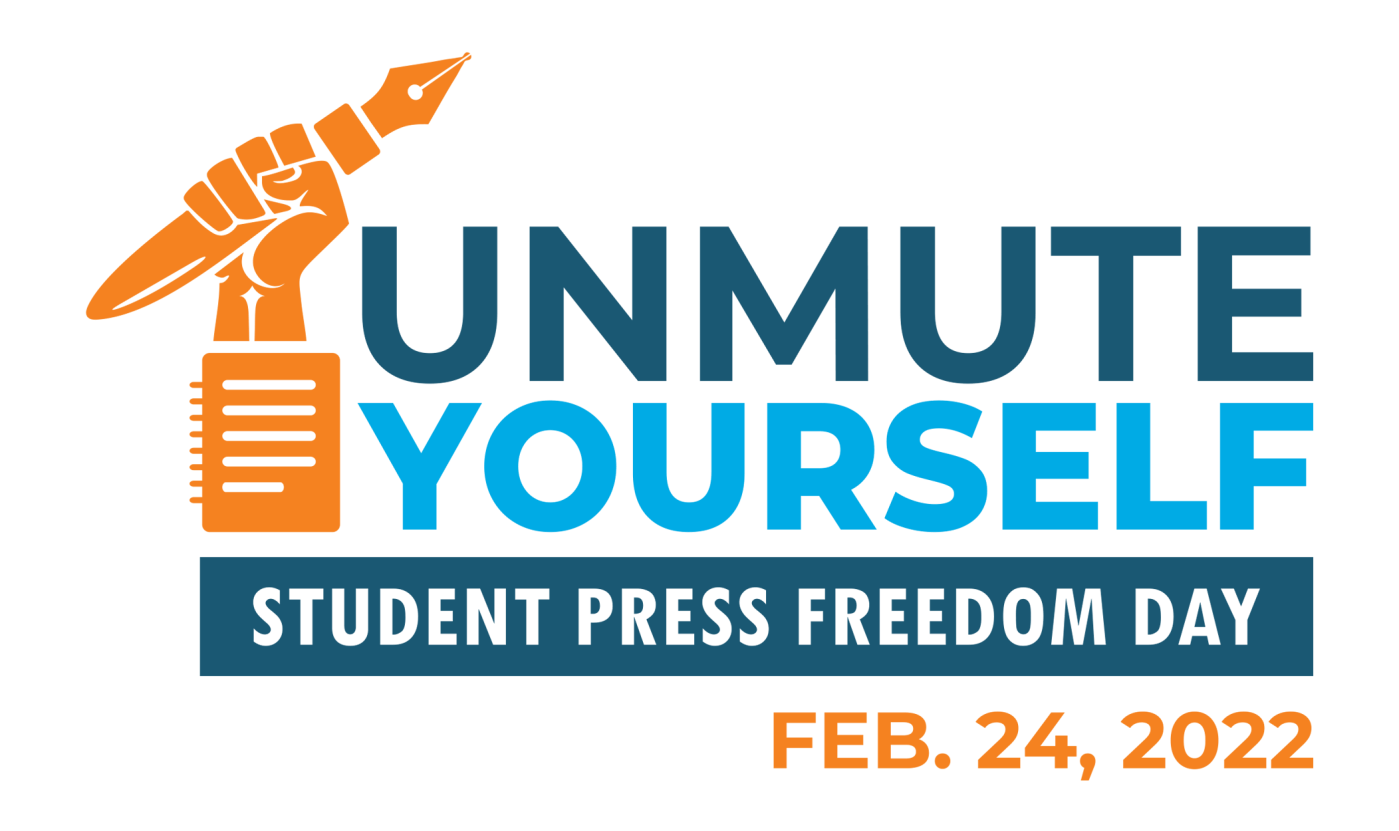