Writers as Witness: Free Speech in a Time of Hate Speech 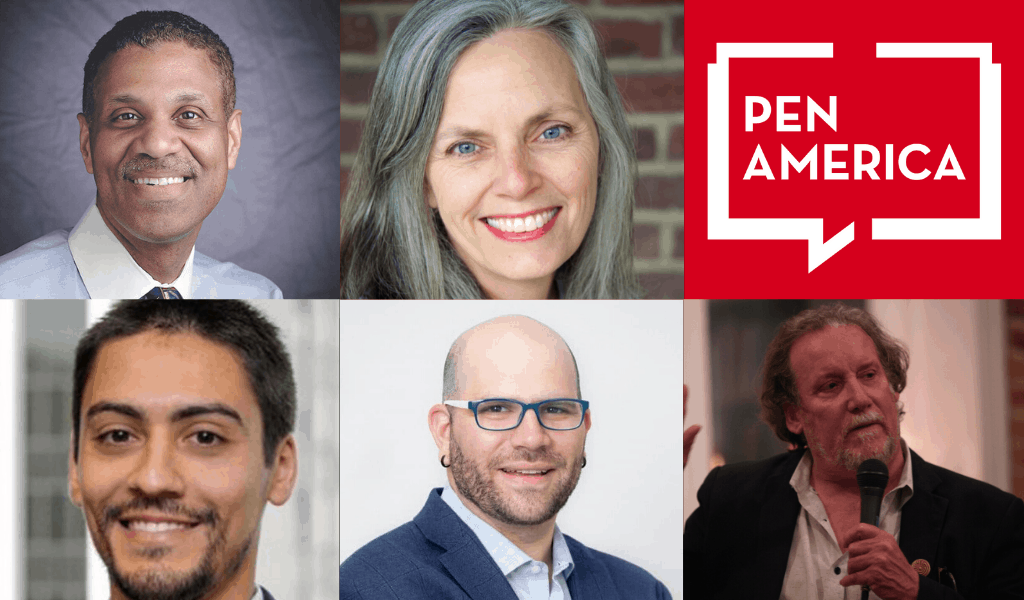 The concept of “free speech” has traditionally been applied to the guarantee from censorship by the government enshrined in the Constitution. However, the term has taken on a broader meaning in our current political moment as public discussion centers on who should be allowed a platform on media such as Facebook, YouTube, and Twitter, and who should be removed or “canceled.” In this conversation, we’ll explore the language of hate vs. the language of dissent, who decides who is allowed to speak and how, and the responsibility of the media consumer in safeguarding free speech issues.

This event is presented in partnership with Scuppernong Books, Greensboro Bound, and the National Communication Association’s Center for Communication, Community Collaboration, and Change.

Greensboro History Museum’s Project Democracy 20/20 is exploring American democracy and voting with exhibits, programs and community collaborations throughout 2020. The museum is a division of the City of Greensboro Libraries Department.

The Center for Communication, Community Collaboration, and Change is dedicated to advancing practical measures leading to impact in the community.

Alejandro J. Beutel is an independent research scholar specializing in the study and analysis of violent and nonviolent Islamist and far-right movements. From August 2017 to March 1, 2019, he was a senior research analyst at Southern Poverty Law Center’s (SPLC) Intelligence Project, where he monitored U.S. far-right extremism and hate, focusing primarily on the anti-Muslim and anti-government “Patriot” movements.

Jonathan Friedman is the project director for campus free speech at PEN America. He oversees PEN America’s advocacy, analysis, and outreach in the national debate around free speech and inclusion at colleges and universities. These efforts include PEN America’s recently released Campus Free Speech Guide.

Allen Johnson is the editorial page editor at the Greensboro News & Record.

Spoma Jovanovic, PhD, is a professor in the Department of Communication Studies at the University of North Carolina, Greensboro. Since 2001, she has been teaching students there how to collaborate with community members on programs and activist strategies designed to enhance ethical conversations and action related to civic literacy, cultural understanding, democratic participation, and social justice. She is the author of the book, Democracy, Dialogue and Community Action: Truth and Reconciliation in Greensboro. Jovanovic was selected as a 2019-2020 fellow with the University of California’s National Center for Free Speech and Civic Engagement.

Steve Mitchell writes in many forms. His work has been published in numerous journals. His debut novel, Cloud Diary, was published by C&R Press. His short story collection, The Naming of Ghosts, was published by Press 53. He’s a winner of the Curt Johnson Prose Prize, judged by Lily King, and the Lorian Hemingway Short Story Prize. Steve has a deep belief in the primacy of doubt and an abiding conviction that great wisdom informs very bad movies. He’s co-owner of Scuppernong Books in Greensboro, NC and founding editor of Scuppernong Editions.

“Don’t let expectation or what you think will make you a ‘real writer’ get in the way of your curiosity or your strangest impulses," says writer and performer Danez Smith. Check out our full #PENTen interview with Danez here: https://bit.ly/2tL1w1Y.

Hundreds of millions of Chinese web users have been furiously discussing the outbreak of a new deadly virus that’s killed nine people and infected hundreds. https://bloom.bg/2RKwGi0