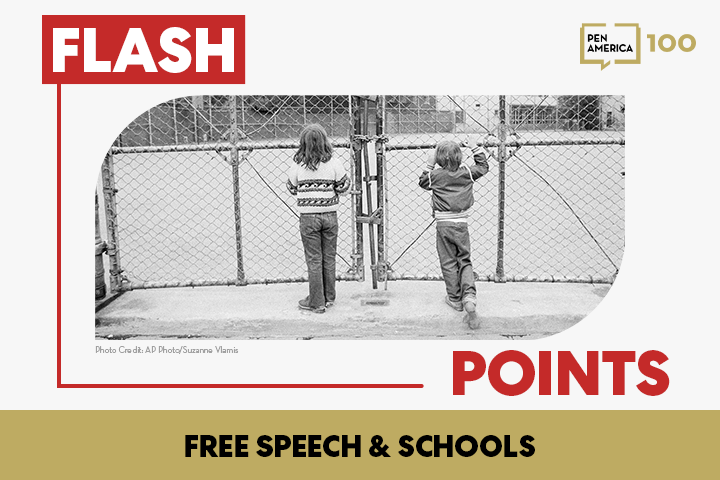 Schools are spaces of learning and discipline where students acquire the knowledge to thrive, but is it fair to presume that knowledge is apolitical? What rights should students have to express political views that may spark division and stir controversy in classrooms? The event will explore the range of methods students have found for expressing dissent, from anti-war armbands to banners advertising offensive messages.

This event is part of the AHA’s annual meeting but is open to the general public.

To learn more about the AHA meeting and register, please visit the AHA website. 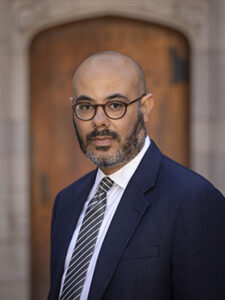 Justin Driver is the Robert R. Slaughter Professor of Law and Counselor to the Dean at Yale Law School. He teaches and writes in the area of constitutional law and is the author of The Schoolhouse Gate: Public Education, the Supreme Court, and the Battle for the American Mind. The book was selected as a Washington Post Notable Book of the Year and an Editors’ Choice of The New York Times Book Review. The Schoolhouse Gate also received the Steven S. Goldberg Award for Distinguished Scholarship in Education Law, and was a finalist for the American Bar Association’s Silver Gavel Award and Phi Beta Kappa’s Ralph Waldo Emerson Book Award.

A recipient of the American Society for Legal History’s William Nelson Cromwell Article Prize, Driver has a distinguished publication record in the nation’s leading law reviews. He has also written extensively for general audiences, including pieces in Slate, The Atlantic, The New York Times, The New York Times Book Review, The Washington Post, and The New Republic, where he was a contributing editor. A member of the American Law Institute and of the American Constitution Society’s Academic Advisory Board, Driver is also an editor of the Supreme Court Review. In 2021, President Biden appointed Driver to serve on the Presidential Commission on the Supreme Court of the United States. 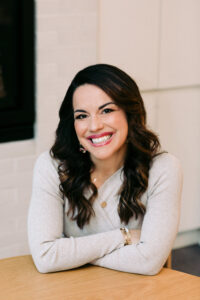 Natalia Mehlman Petrzela is a historian of contemporary American politics and culture. She is the author of CLASSROOM WARS: Language, Sex, and the Making of Modern Political Culture (Oxford University Press, 2015), and FIT NATION: The Gains and Pains of America’s Exercise Obsession (University of Chicago Press, forthcoming). She is co-producer and host of the acclaimed podcast WELCOME TO YOUR FANTASY, from Pineapple Street Studios/Gimlet and the co-host of PAST PRESENT podcast. She is a columnist at the Observer, and a frequent media guest expert, public speaker, and contributor to outlets including the New York Times, the Washington Post, CNN, and the Atlantic.

Natalia is Associate Professor of History at The New School, co-founder of the wellness education program Healthclass 2.0, and a Premiere Leader of the mind-body practice intenSati. Her work has been supported by the Spencer, Whiting, Rockefeller, and Mellon Foundations. She holds a B.A. from Columbia and a Ph.D. from Stanford and lives with her husband and two children in New York City. 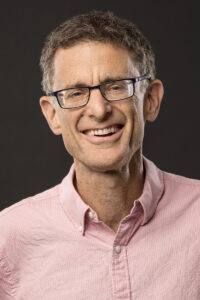 Jon Zimmerman | A former Peace Corps volunteer and public school social studies teacher, Dr. Zimmerman holds a Ph.D. in history from Johns Hopkins University. His scholarship has focused broadly on the ways that different peoples have imagined and debated education across time and space. He has authored books about sex and alcohol education, history and religion in the curriculum, Americans who taught overseas, and historical memory in public schooling. His most recent work examines campus politics in the United States, the teaching of controversial issues in public schools, and the history of college teaching.

Zimmerman’s academic work has appeared in the Journal of American History, the Teachers College Record, and History of Education Quarterly. He is also a frequent contributor to the New York Times, the Washington Post, the New York Review of Books, and other popular newspapers and magazines. He came to Penn GSE after 20 years at New York University, where he served as chair of the Department of Humanities and Social Sciences in NYU’s Steinhardt School of Culture, Education, and Human Development. Zimmerman received NYU’s Distinguished Teaching Award, its highest recognition for teaching.

🎫 In-person RSVP in the link

What's so controversial about neighbors helping an old woman make cholent for Shabbat? That's the story of a picture book removed along with 175 other titles from schools in Duval County, Fla. @PENamerica is protesting. I wrote about it for @jdforward https://forward.com/fast-forward/527511/authors-protest-banned-books-list-in-florida-that-includes-shabbat-picture-book/