The Tension Between the First Amendment, Safety, and Inclusivity: Law, Policy, and the Role of Counseling Centers 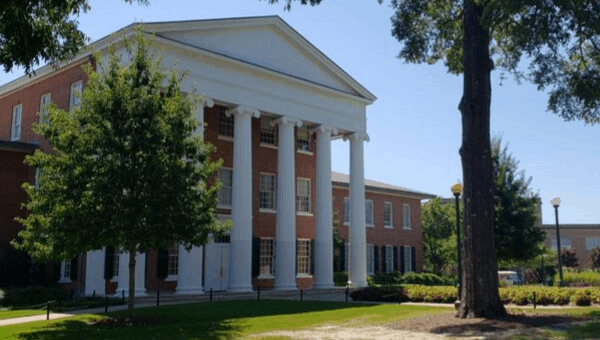 Co-sponsored by PEN America and the Association for University and College Counseling Center Directors (AUCCCD), this expert panel at the annual AUCCCD conference will explore how counseling centers at colleges and universities can navigate the complex relationship between free speech, diversity, and inclusion.

This event is open to AUCCCD conference members only. To register for the conference, click here.

Ernesto Escoto, Ph.D., Counseling and Wellness Center Director, University of Florida
Dr. Escoto currently serves as the Counseling and Wellness Center director at the University of Florida. In his previous roles, he served as director of the Counseling Center at the University of Miami and associate director/director of clinical services at the Counseling and Consultation Service at The Ohio State University (OSU). During his tenure at OSU, Dr. Escoto served as co-chair of the Organization of Hispanic Faculty and Staff and as a provost-appointed member of the Hispanic Oversight Committee. Dr. Escoto’s previous service also includes his role as an advisory board member for the Encuentro Latino: National Institute on Family Violence. He co-founded the Ohio Latino Mental Health Network, a non-profit organization aimed at increasing awareness of mental health and resources among Latinos in the state of Ohio.

Jonathan Friedman, Project Director, Campus Free Speech, PEN America
Jonathan Friedman is the project director for campus free speech at PEN America. He oversees PEN America’s advocacy, analysis, and outreach in the national debate around free speech and inclusion at colleges and universities. Prior to joining PEN America, Friedman was an adjunct professor at New York University and Columbia University, teaching undergraduate and graduate courses in comparative and international education, higher education, and social theory. His research on American and international higher education looks at such topics as university administration, organizational cultures, nationalism, and cross-cultural understanding. He also previously managed the Multinational Institute of American Studies, an exchange program funded by the U.S. Department of State for international scholars to learn about American society and culture. Friedman holds a Ph.D. in International Education from New York University, and has received awards for his teaching, research, and leadership.

David M. Rabban, The University of Texas at Austin, School of Law
Professor Rabban served as counsel to the American Association of University Professors for several years before joining the Texas faculty in 1983.  He served as General Counsel of the AAUP from 1998 to 2006 and Chair of its Committee on Academic Freedom and Tenure from 2006 to 2012.  His teaching and research focus on free speech, higher education and the law, and American legal history.  He is best known for his path-breaking work on free speech in American history.  He is the author of Free Speech in Its Forgotten Years, 1870-1920 (Cambridge,1997), which received the Forkosch Prize from the Journal of the History of Ideas for “the best book in intellectual history published in 1997.”  His many articles have appeared in Yale Law Journal, Stanford Law Review, University of Chicago Law Review and elsewhere.  He was a fellow of the John Simon Guggenheim Foundation in 2016 and of the Program in Law and Public Affairs at Princeton University in 2016-17.  His most recent book is  Law’s History: American Legal Thought and the Transatlantic Turn to History.

Chris Brownson, Ph.D., Director, Counseling and Mental Health Center, The University of Texas at Austin
Chris Brownson is an Associate Vice President for Student Affairs and Director of the Counseling and Mental Health Center at the University of Texas at Austin. His portfolio also includes University Health Services and the Center for Students in Recovery. Brownson was appointed as a Chancellor’s Health Fellow at the University of Texas System in 2014, and he currently leads a $5 million project implementing after hours crisis counseling in all 14 academic and health institutions in the UT System as well as bystander intervention, alcohol prevention and early intervention, and collegiate recovery centers at the 8 academic institutions in the UT System.