FREE AND OPEN TO THE PUBLIC

How the exquisite corpse game works: One person writes the first few paragraphs. We send the final line of those paragraphs to the next writer, who continues the story. Then the writers come together to read their collective tale, without knowing where it began or where it will end.

The Lit Crawl is a literary pub crawl founded by Litquake, San Francisco’s literary festival, in 2004. Now in its fifth year, Lit Crawl Austin is a partnership between the Texas Book Festival and Litquake that takes place all over Austin’s East Side. Often referred to as “literary mayhem at its very finest,” the concept encourages a broad and often sophisticated gamut of literary expression.

For a full schedule of Lit Crawl Austin events, click here. *Scroll down for a complete list of PEN Members participating in the Texas Book Festival.

Marisa Acocella Marchetto is a cartoonist for The New Yorker whose work has appeared in The New York Times; Glamour; and O, The Oprah Magazine, among other publications. She is the author of The New York Times bestselling graphic novel Ann Tenna (Knopf), Cancer Vixen (Knopf), and Just Who the Hell Is She Anyway? (Crown). Her graphic memoir Cancer Vixen was named one of Time’s top ten graphic memoirs, and a finalist for the National Cartoonists Society Graphic Novel of the Year. A founder and chair of the Marisa Acocella Marchetto Foundation at Mount Sinai Beth Israel Comprehensive Cancer Center and the Dubin Breast Center at Mount Sinai, she lives in New York City.

Sarah McCoy is the New York Times, USA Today, and international bestselling author of The Mapmaker’s Children; The Baker’s Daughter, a 2012 Goodreads Choice Award Best Historical Fiction nominee; the novella “The Branch of Hazel” in Grand Central; and The Time It Snowed in Puerto Rico. Her work has been featured in Real Simple, The Millions, Your Health Monthly, Huffington Post and other publications. She has taught English writing at Old Dominion University and at the University of Texas at El Paso. She calls Virginia home but presently lives with her husband, an Army physician, and their dog, Gilly, in El Paso, Texas. Connect with Sarah on Twitter at @SarahMMcCoy, on her Facebook Fan Page, Goodreads, or via her website, www.sarahmccoy.com.

Keija Parssinen is the author of The Unraveling of Mercy Louis and The Ruins of Us, a Michener-Copernicus award-winning novel. Raised in Saudi Arabia and Texas, she is a graduate of Princeton University and the Iowa Writers’ Workshop, where she was a Truman Capote fellow. Currently, Parssinen is an Assistant Professor of English at the University of Tulsa. She lives in Oklahoma with her husband and son. 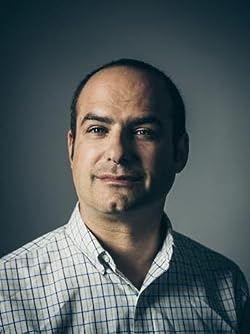 Neal Pollack has published nine semi-bestselling books of fiction and nonfiction, including the memoirs Alternadad and Stretch, the cult classic Neal Pollack Anthology Of American Literature, and the novels Jewball, Repeat, and Downward-Facing Death. His tenth book, a science-fiction action comedy about space gentrification called Keep Mars Weird, will be published by Amazon’s 47 North imprint later this month. He lives in Austin, seemingly against his will.

Sung J. Woo‘s short stories and essays have appeared in The New York Times, PEN/Guernica, and KoreAm Journal. His debut novel, Everything Asian (2009), has received praises from The Christian Science Monitor, Kirkus Reviews (starred review), the Chicago Sun-Times, and won the 2010 Asian Pacific American Librarians Association Literature Award (Youth category). In 2014, Everything Asian was chosen for Coming Together in Skokie and Niles Township. A graduate of Cornell University with an MFA from New York University, he lives in Washington, New Jersey.