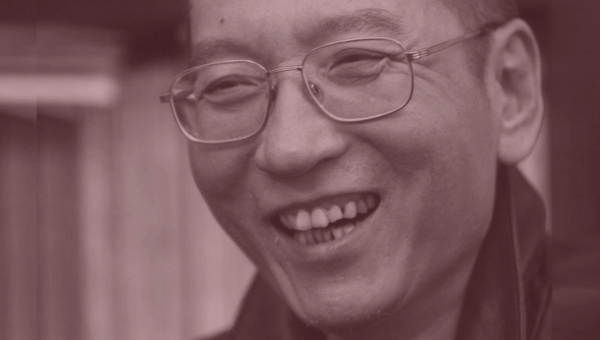 Liao Yiwu is a poet, novelist, and screenwriter. In 1989, he published an epic poem, “Massacre,” that condemned the killings in Tiananmen Square and for which he spent four years in prison. His works include Testimonials and Report on China’s Victims of Injustice. In 2003, he received a Human Rights Watch Hellman-Hammett Grant, and in 2007, he received a Freedom to Write Award from the Independent Chinese PEN Center. Liao Yiwu is in New York City to receive the 2018 Disturbing the Peace Award for a Courageous Writer at Risk from The Vaclav Havel Library Foundation.

Wang Dan is an activist and writer who was the most prominent leader of the Tiananmen student pro-democracy movement. Following the Chinese government’s crackdown on June 4, 1989, he was arrested and imprisoned. Released on parole in 1993, he was re-arrested in 1995; under international pressure he was was released again in 1998 and exiled to the United States. He received a Ph.D. in history from Harvard in 2008, has taught at a number of universities, and founded the New School for Democracy, as well as China Dialogue, a think-tank researching concrete democratic reforms for China. Wang Dan has published over twenty books, including Prison Memoirs and I Walk Alone in the Cold.

Liu Xiaobo (1955-2017) was a brilliant writer and committed activist. As president of the Independent Chinese PEN Center, he was a friend and compatriot for writers all over the world who struggle against tyranny using words as their sole weapon. In 2008 Liu Xiaobo was sentenced to 11 years in prison. After his arrest, PEN America honored Liu with the 2009 PEN/Barbara Goldsmith Freedom to Write Award, kicking off an international campaign for his freedom that culminated in his receipt—in absentia—of the 2010 Nobel Peace Prize.

Three months ago I heard Salman Rushdie speak at the PEN World Voices Festival. He said: “A poem cannot stop a bullet. A novel can’t defuse a bomb … But we are not helpless … We can sing the truth & name the liars.” We must tell better stories than the tyrants.