Disinformation Without Borders: The Role of International Community Media in Protecting the Public From Disinformation and Surveillance

This presentation on the UNESCO World Press Freedom Day stage will highlight the power of unfettered access to fact-based information delivered by trusted messengers in an era rife with false content online and off. We’ll explore the ways that mass surveillance of journalists around the world can threaten that access and the direct impact that can have on a community’s vulnerability to manipulated and deceptive content. We’ll also celebrate the panelists’ various wins against misinformation and the international community’s responsibility to fund and support community media. During each section of the discussion, we’ll take comments, suggestions, and questions from the in-house audience as well as those attending virtually.

Community media empowers, enlightens, and protects. This panel will shine a light on the critical role it plays for those who are often least empowered and most targeted.

*Note: This virtual event is part of the global conference hosted by UNESCO. In order to attend, please click “Register Here” above and then click “Join Event.” You will be directed to complete the registration form on the UNESCO site. Once you join the platform, this event will be in virtual “Meeting Room 4.” Enjoy! 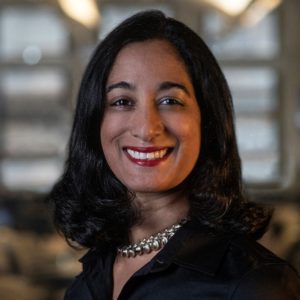 Kavitha Rajagopalan is the community engagement manager at CUNY Newmark J-School’s Center for Community Media, where she creates spaces for community media journalists and partner organizations to connect, share resources, and elevate their expertise. She is a writer and published author, specializing in global migration. She received her master’s degree from Columbia University and her bachelor’s degree from The College of William & Mary. 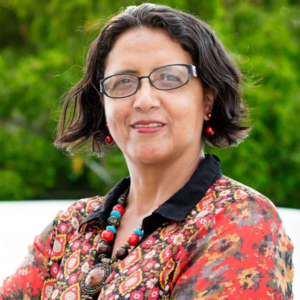 Born in Cofradía, Honduras, Dina Meza has been recognized by PEN International, Amnesty International, Index on Censorship and Reporters without Borders for her work as a journalist and human rights advocate. Currently, Dina is the driving force behind the creation of Honduras PEN Centre. In 2013, she wrote “Reign of Terror,” an in-depth report on threats to Honduran journalists for Index on Censorship’s magazine. In 2014, she was named one of Reporters Without Borders’ “100 Heroes and Heroines of Information.” In December 2020 she was recognized with the Sir Henry Brooke Prize for her work in the promotion and defense of human rights. 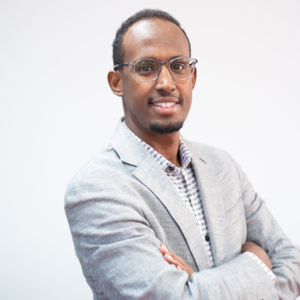 Mukhtar Ibrahim is the founding publisher and CEO of Sahan Journal, a nonprofit online news organization dedicated to covering Minnesota immigrants and communities of color. He previously worked as a staff writer for the Star Tribune and Minnesota Public Radio News. He has also written for the St. Paul Pioneer Press, Al Jazeera English, BuzzFeed News and the Wisconsin Center for Investigative Journalism. Mukhtar is among the first trained journalists of Somali background in Minnesota and in the country. He earned an undergraduate degree from the University of Minnesota and a graduate degree in investigative and data journalism from Columbia University. Mukhtar is the recipient of the prestigious leadership fellowship from the St. Paul-based Bush Foundation (2016), a “Great Immigrant” award from the Carnegie Corporation of New York (2019), Islamic Resource Group’s “Building Bridges Award in Media” (2019), Twin Cities Business Magazine’s 100 People to Know (2020), recognized as the Institute for Nonprofit News ‘Emerging Leader’ (2021). He is also the recipient of Columbia University Graduate School of Journalism’s First Decade Award, given to an alum in recognition of contributions to the journalism profession during the first 10 years after graduation from the school. Mukhtar’s personal and professional distinction is accompanied by his large social media following, his ambition and strategic talents, his extremely wide and diverse networks, and his standing as a thought leader in journalism. Born in Somalia, Mukhtar spent his childhood in Ethiopia and Kenya and has lived his adult life in Minnesota. He lives in St. Paul with his wife and three daughters. 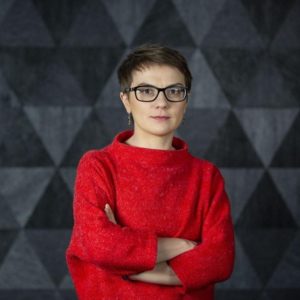 Nataliya Gumenyuk is a well-known Ukrainian journalist specializing in foreign affairs and conflict reporting. She is the founder and CEO of the Public Interest Journalism Lab. Nataliya is the author of several documentaries and books, including The Lost Island: Tales From The Occupied Crimea, and the Maidan Tahrir. Since the start of the Russian full-scale invasion to Ukraine Nataliya regularly writes for The Guardian, The Washington Post, The Rolling Stone, Die Zeit. She also provides commentaries for CNN, MSNBC, Sky News, The New York Times, Democracy Now, Time Radio, BBC Radio, ABC Australia, ITV, and other international outlets. Gumenyuk was the co-founder and for five years head of independent Hromadske TV, and is currently a Board member. Gumenyuk is a Member of the Council for Freedom For Speech Under the President of Ukraine.

Hannah Waltz, U.S. Free Expression Programs Coordinator at PEN America, will introduce the panel. Please reach out to her at hwaltz@pen.org if you have any questions about this event.