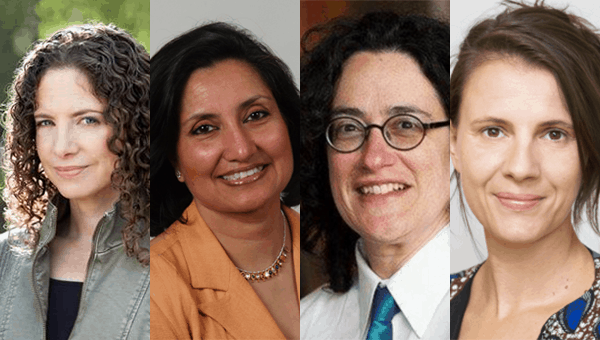 UPDATE: Due to the COVID-19 outbreak, the United Nations Commission on the Status of Women has been reduced to a one-day session and the side-events have been postponed to a later date.

Please join Karima Bennoune, Director of the Artists at Risk Connection (ARC) at PEN America Julie Trébault, Cynthia Rothschild, and Bani Dugal for a discussion about the report and strategies for implementing its recommendations so as to increase international support for women cultural rights defenders.

The event is organized in partnership with the UN Special Rapporteur in the field of cultural rights, the Women Human Rights Defenders International Coalition, and the Baha’i International Community.

This event is free and open to the public. Please RSVP to [email protected] with your name and number of guests.

Karima Bennoune was appointed UN special rapporteur in the field of cultural rights in October 2015. Bennoune is a professor of international law at the University of California–Davis School of Law. She grew up in Algeria and the United States. Bennoune has worked in the field of human rights for more than 20 years, including with governments and non-governmental organizations, and has carried out field missions, trial observation, election observation, and research in many regions of the world. She has also served as a consultant for UNESCO.

Cynthia Rothschild is an independent activist and consultant with a focus on United Nations advocacy and policy, sexual rights, LGBT issues, HIV & AIDS, and women human rights defenders. A human rights, sexual rights, and feminist activist for over 20 years, she has worked with global networks and NGOs within and outside the U.S., including the Center for Women’s Global Leadership (where she was the senior policy advisor from 2005–2009), and a number of women’s and reproductive rights groups and AIDS service organizations. Cynthia is a trainer and facilitator, and has also supported NGOs in organizational development projects, including in work related to UN advocacy at the Human Rights Council and the Commission on the Status of Women. In 2011 and in 2015, Cynthia consulted with the UN Office of the High Commissioner for Human Rights (OHCHR), where she made significant contributions to the UN’s two groundbreaking reports on discrimination and violence based on sexual orientation and gender identity. She was a member of the board of directors of the Astraea Lesbian Foundation for Justice from 2010–2015 and of Amnesty International USA in the early 2000s.

Julie Trébault is the director of PEN America’s Artists at Risk Connection project. A highly-respected leader in the art world, she brings skills, experience, and a network to launch a new support system for artists at risk worldwide. Prior to joining PEN America, she served as the director of public programs at the Museum of the City of New York, where she built a robust roster of panel discussions, performances, screenings, and symposia spanning New York City’s arts, culture, and history. She previously was the director of public programs at the Center for A rchitecture.

This op-ed from the @latimes suggests that independent bookstores should be considered essential businesses, like newspapers, media, and magazines, because books themselves are essential to the health of the nation. https://lat.ms/2Ri1pU5