Searching for Community and Home Amid Displacement 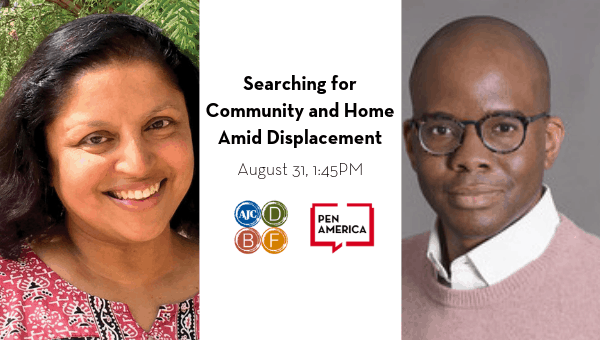 Debut novelists Devi S. Laskar and Tope Folarin explore the theme of displacement, and the feeling of being unmoored and isolated, while searching for supportive and accepting communities. In the process, their characters grapple with identity, fraught memories, and prejudice, as they learn how to redefine what it means to be and feel at home.

Devi S. Laskar is a native of Chapel Hill, North Carolina, and holds an MFA from Columbia University. Her work has appeared in Tin House and Rattle, among other publications. She has been nominated for a Pushcart Prize, and is an alumna of The OpEd Project and VONA. The Atlas of Reds and Blues is her first novel. She lives in the San Francisco Bay Area.

Tope Folarin is a Nigerian-American writer based in Washington, DC. He won the Caine Prize for African Writing in 2013, and was shortlisted once again in 2016. He was also recently named to the Africa39 list of the most promising African writers under 39. He was educated at Morehouse College and the University of Oxford, where he earned two Masters degrees as a Rhodes Scholar.