After the Fall: Stories Amid the Echoes of Collapse 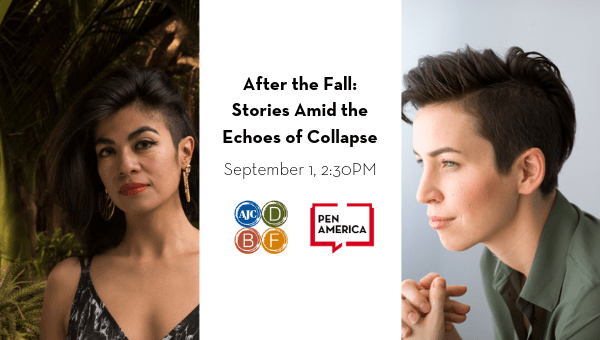 Respectively set in Bogota, Colombia, and on the Kamchatka Peninsula of Russia during and soon after immense change in the civil order, the characters in Ingrid Rojas Contreras’s and Julia Phillips’s debut novels contend with the shock and aftershocks of societal disruption—affording the reader perspective about the strength of the girls and women in their stories who struggle to forge authentic lives despite the fragility of the failing systems they can no longer take for granted. Join us in conversation with both authors as they reflect on storytelling that comes after disruption and collapse.

Ingrid Rojas Contreras was born and raised in Bogotá, Colombia. Her essays and short stories have appeared in the New York Times Magazine, Buzzfeed, Nylon, and Guernica, among others. Rojas Contreras has received numerous awards and fellowships from Bread Loaf Writer’s Conference, VONA, Hedgebrook, The Camargo Foundation, and the National Association of Latino Arts and Culture. She is the book columnist for KQED, the Bay Area’s NPR affiliate. She teaches writing at the University of San Francisco, and works with immigrant high school students as part of a San Francisco Arts Commission initiative bringing writers into public schools.

Julia Phillips is a Fulbright fellow whose writing has appeared in Glimmer Train, The Atlantic, Slate, and The Moscow Times. She lives in Brooklyn.