The Dallas Festival of Books and Ideas: The Literary City 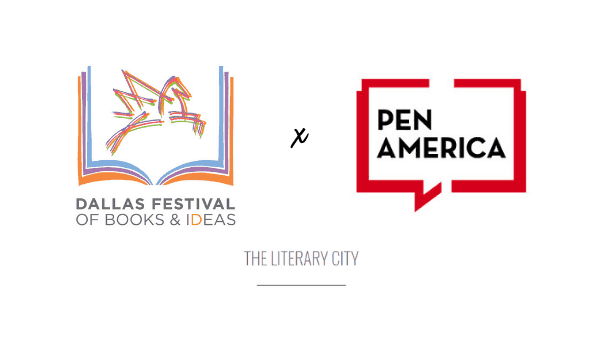 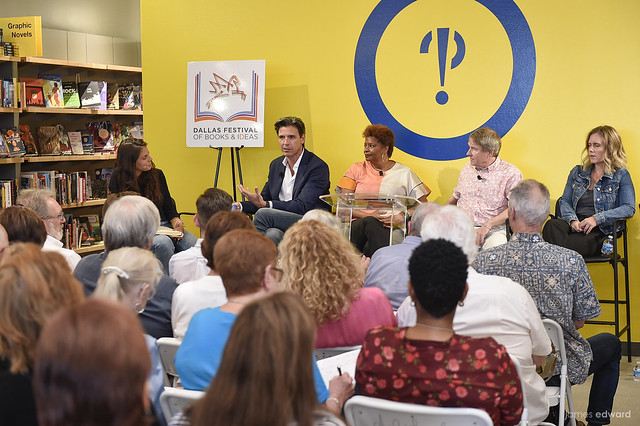 PEN America is thrilled to co-partner with the 2019 Dallas Festival of Books and Ideas in presenting The Literary City. This panel discussion will invite local authors, journalists, and the greater Dallas literary community to examine what makes a city a literary city. Given its rich talent, is Dallas already a literary city? And if not, what will make it one?

This event is part of this year’s festival “Open City” tracks which aim to connect people with books, art, and ideas. This year’s City Tracks—the Physical City, the Welcoming City, Science in the City, the Literary City, Summer in the City, and the Inspired City—aim to give insight and provide interaction in areas of importance in the Dallas community.

The event will begin with Oscar Cásares, author of Brownsville, Amigoland, and Where We Come From as the event keynote speaker. A panel moderated by journalist, critic, and professor of practice at Southern Methodist University Lauren Smart will follow. Panelists include:

Registration is encouraged, but not required. Your registration allows the Dallas Festival of Books and Ideas to send you logistical information and helpful details shortly before the festival. Please note that it does not guarantee you a seat. Seats are first-come, first-served as available for the program on the day of the festival.

Press: What’s your story? Share your experiences as part of the 2019 Dallas Festival of Books and Ideas – THE DALLAS MORNING NEWS

Oscar Cásares is the author of Brownsville, a collection of stories named an American Library Association Notable Book of 2004, and the novel Amigoland. His latest novel, to be released in mid-May, is Where We Come From, about a Mexican-American family in Brownsville that reluctantly becomes involved in smuggling immigrants into the US. A graduate of the Iowa Writers’ Workshop, he teaches creative writing at the University of Texas in Austin, where he lives.

Sarah Hepola, a native Dallasite, has essays published by The New York Times, The Guardian, Texas Monthly, and Salon, where she was a longtime editor. Her memoir Blackout: Remembering the Things I Drank to Forget was a New York Times bestseller. Her second memoir, about finding peace with her own perpetual singlehood in her forties, will be published next year by The Dial Press, a division of Random House.

Sanderia Faye serves on the faculty at Southern Methodist University, and is a professional speaker, activist and sommelier. Her novel, Mourner’s Bench, was the winner of the Hurston/Wright Legacy Award in debut fiction, The Philosophical Society of Texas Award of Merit for fiction, and The 2017 Arkansas Library Association, Arkansiana Award.

Ben Fountain is an American fiction writer currently living in Dallas, Texas. He has won many awards including a PEN/Hemingway award for Brief Encounters with Che Guevara: Stories (2007) and the National Book Critics Circle Award for fiction for his debut novel Billy Lynn’s Long Halftime Walk (2012).

Dr. Jaina Sanga is a professional writer of both fiction and nonfiction. Currently she focuses on her fiction writing and has published a novel Silk Fish Opium (2012), a book of short stories Train to Bombay (2015), and a book of novellas Tourist Season (2017). Her works of fiction have won several prizes and led to her selection as a participant in prestigious residencies and workshops both in the U.S. and abroad.