[VIRTUAL] A Conversation with Masha Gessen and Wesley Morris 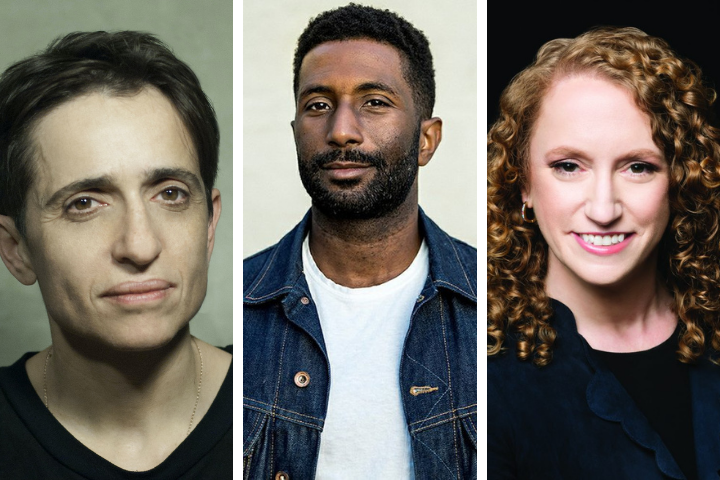 In partnership with The Southern Book Festival and The Mellon Foundation, PEN Across America is excited to host a conversation with Masha Gessen and Wesley Morris. The conversation will be moderated by Suzanne Nossel, CEO of PEN America.

Gessen and Morris will unpack the role of the artist as an engaged citizen, as well as the importance of free expression and democracy, both journalistically and artistically, during this moment.

Streaming of the event will be available on Wednesday, October 7 at 12pm CT. Unable to attend the session? The Southern Book Festival’s YouTube library will house many of the session immediately following their live run.

Masha Gessen began contributing to The New Yorker in 2014 and became a staff writer in 2017. Gessen is the author of 11 books, including Surviving Autocracy and The Future Is History: How Totalitarianism Reclaimed Russia, which won the National Book Award in 2017. Gessen has written about Russia, autocracy, LGBT rights, Vladimir Putin, and Donald Trump, among others, for The New York Review of Books and The New York Times.

Wesley Morris is a critic-at-large at The New York Times and a staff writer at The New York Times Magazine, where he writes about popular culture and hosts the podcast “Still Processing” with Jenna Wortham. For three years, he was a staff writer at Grantland, where he wrote about movies, television, and the role of style in professional sports, and co-hosted the podcast “Do You Like Prince Movies” with Alex Pappademas. Before that, he spent 11 years as a film critic at The Boston Globe, where he won the 2012 Pulitzer Prize for criticism. He lives in Brooklyn, NY.

Today, over 6 million Americans have lost the right to vote. With the general election only one week away, Vol 9 of “Temperature Check” examines the history and implications of our country’s uniquely harsh felony voter disenfranchisement laws. https://bit.ly/3offeBG

Can you spot election disinformation? A great quiz by @penamerica will help you find out. https://hyperallergic.com/593680/can-you-spot-election-disinformation-take-this-quiz-to-find-out/ #Election2020 #VOTE