[VIRTUAL] A Conversation with Jarvis DeBerry and Kelly Harris-DeBerry 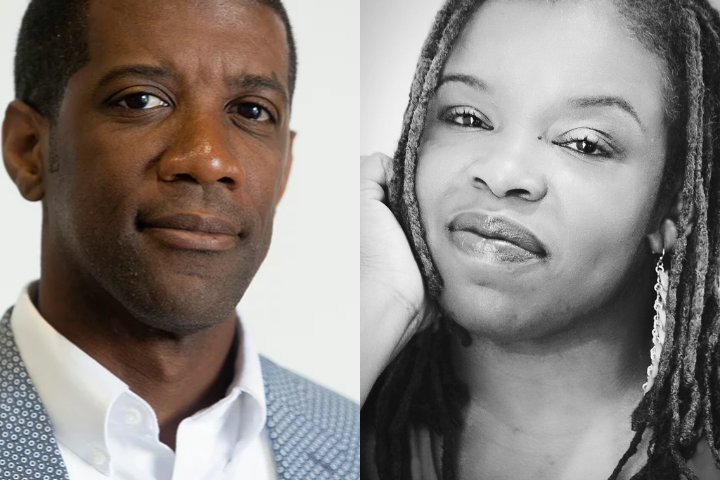 In partnership with UNO Press and Xavier Review Press, PEN Across America is proud to present a conversation and reading with Jarvis DeBerry and Kelly Harris-DeBerry at the Words & Music Literary Festival in New Orleans.

DeBerry and Harris-DeBerry celebrate the joint launch of their books, I Feel to Believe and Freedom Knows My Name, and will have a conversation about life, love, and writing. After reading from their books, both authors will be interviewed by local journalist Megan Braden Perry.

Jarvis DeBerry worked for The Times-Picayune newspaper in New Orleans from 1997 to 2019, first as a reporter and finally as an editorial writer and columnist. DeBerry was part of the team of journalists that was awarded the Pulitzer Prize for Public Service for its coverage of Hurricane Katrina and its aftermath. In 2007, 2011, 2013, 2015, and 2019, DeBerry was awarded first prize for column writing in the annual contest sponsored by the Louisiana/Mississippi Associated Press Managing Editors Association. In 2016 and 2019, he won the National Association of Black Journalists’ Salute to Excellence Award in commentary. In 2019, he was awarded the prize for best column by the New Orleans Press Club. A member of the NOMMO Literary Society in New Orleans, he has had poems published in Step Into a World: A Global Anthology of the New Black Literature, Bum Rush The Page: A Def Poetry Jam, and The Ringing Ear: Black Poets Lean South.

Kelly Harris-DeBerry received her MFA in creative writing from Lesley University in Cambridge, MA. She has received fellowships from the Fine Arts Work Center in Provincetown and Cave Canem. Some of her publishing credits include 400yrs: The story of Black people in poems written from love 1619–2019, Words Beats & Life (the global journal of hip-hop), Angels in the Wilderness: Young and Black in New Orleans and Beyond, Torch Literary Magazine, the National Parks Service’s centennial commemoration publication with Sonia Sanchez, Yale University’s Caduceus Journal, The Southern Review, Say it Loud: Poems for James Brown, and many more.