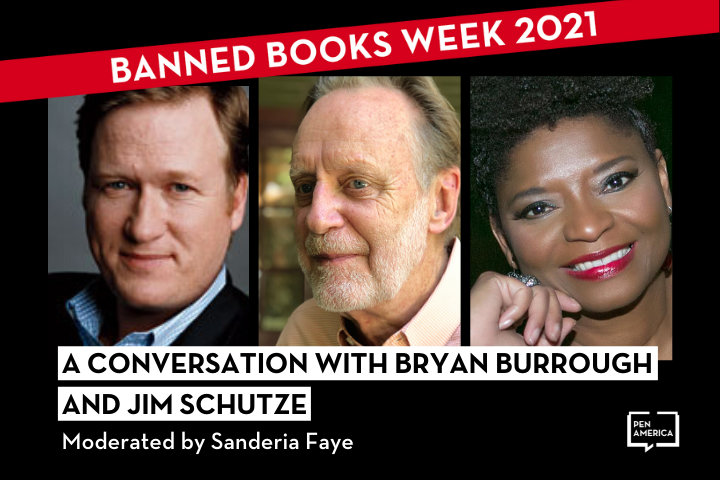 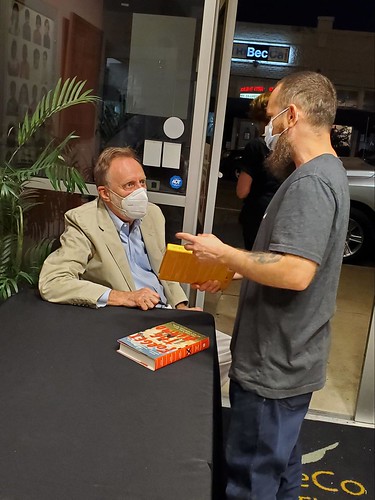 Writer and journalist Bryan Burrough (author of Forget the Alamo) and author and activist Jim Schutze (author of The Accommodation) came together for this special event that assessed the negative impacts of censoring political and historical literature. The conversation highlighted their own recently censored works, and spoke to the importance of learning and teaching history from a holistic perspective, including aspects of the past that make some uncomfortable.

Bryan Burrough is a special correspondent at Vanity Fair and the author of six books, including the No. 1 New York Times bestseller Barbarians at the Gate and his latest, Days of Rage. He is also a three-time winner of the prestigious Gerald Loeb Award for excellence in financial journalism. Born in 1961, Burrough was raised in Temple, TX, and graduated from the Missouri School of Journalism at the University of Missouri in 1983. From 1983 to 1992, he was a reporter for The Wall Street Journal, where he reported from Dallas, Houston, Pittsburgh, and during the late 1980s, covered the busy mergers and acquisitions beat in New York. In 1990, Burrough and John Helyar co-authored Barbarians at the Gate, the story of the fight for control of RJR Nabisco. The book, which spent 39 weeks on the New York Times Best Seller list, has been hailed as one of the most influential business narratives of all time. Burrough joined Vanity Fair in 1992, where he has reported from locales as diverse as Hollywood, Nepal, Moscow, Tokyo, and Jerusalem.

Jim Schutze is a recipient of the National Association of Black Journalists’ award for commentary, the Association of Alternative Newsweeklies’ national award for best commentary twice, and Lincoln University’s national Unity Award for writing on civil rights and racial issues three times. In 2011, Schutze was admitted to the Texas Institute of Letters in recognition of his career as a journalist and author. Schutze was a columnist for the Dallas Observer from 1998 to 2020 and was Dallas bureau chief of the Houston Chronicle from 1996 to 1998. From 1978 to 1991, Schutze was the metropolitan page columnist for the Dallas Times Herald. In the early 1990s, he wrote six nonfiction books, including The Accommodation: The Politics of Race in an American City and Bully: A True Story Of High School Revenge, which was the basis for a controversial film directed by Larry Clark. Two of his books were finalists for the national Edgar Allan Poe Award for crime writing.

Sanderia Faye serves on the faculty at Southern Methodist University; was an instructor at the 2017 Desert Nights, Rising Stars Conference at Arizona State University; and is a professional speaker and activist. Her novel, Mourner’s Bench, is the winner of the Hurston/Wright Legacy Award in debut fiction and the Philosophical Society of Texas Award of Merit for fiction. She is cofounder and a fellow at Kimbilio Center for Fiction, and her work has appeared in the anthology Arsnick: The Student Nonviolent Coordinating Committee in Arkansas. Faye moderated the grassroots panel for the Arkansas Civil Rights Symposium during the Freedom Riders’ 50th Anniversary and is coordinating the first AWP African Diaspora Caucus. Her work received “Best Of” honors at the 2011 Eckerd College Writers’ Conference (co-directed by Dennis Lehane and Sterling Watson), where her winning excerpt from the novel was published in SABAL Literary Journal. She received grants and scholarship offers from the Hurston/Wright Foundation’s Writers Week, the Eckerd College Writers in Paradise Conference, Callaloo Writers Workshop, and Vermont Studio Center. She attended The Writers’ Colony at Dairy Hollow and Martha’s Vineyard Writers Residency. She holds an MFA from Arizona State University, an MA from The University of Texas at Dallas, and a BS in accounting from the University of Arkansas. She is currently a Ph.D. student in English at the University of North Texas.