Choosing Community: Toward a Civic and Informed South Florida

Join PEN America, the Venezuelan American Caucus, and Cubanos Pa’lante for a public conversation about civic empowerment, local journalism and in-language community media, and building community resilience to disinformation. This panel will feature community leaders, activists, and local journalists in conversation about how civic engagement, positive messaging, and psychology can help stop targeted disinformation, especially as we approach the midterm elections. Together we will break down the Why and How of disinformation campaigns, and then we’ll explore collaborative community-based responses.

The first half of the event will feature a moderated discussion with the panelists below, followed by an audience Q&A during the second half. Light breakfast will be provided before the event begins, so please arrive on time.

Please contact Hannah Waltz with any questions or concerns, including accessibility requests, at [email protected] 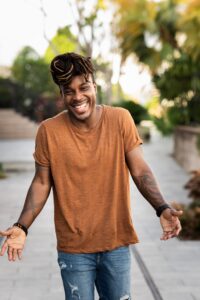 Wilkine Brutus is a reporter and co-host of the South Florida Roundup show on WLRN, South Florida’s NPR station. The Haitian-American, award-winning journalist produces stories on topics surrounding local news, culture, art, politics and current affairs in Palm Beach County and surrounding cities. Before joining WLRN, Brutus was the former Digital Reporter for the Palm Beach Post, producing print and video-based features. Prior to that, he was an educator and content creator who had amassed millions of views on his YouTube channel during his four-year stint in South Korea. He’s the host of “A Boat A Voyage,” a 5-episode podcast that explores his Haitian mother’s account of her refugee experience. He’s a guest faculty member at the Poynter Institute and also serves as a mentor for SXSW’s Media & Journalism program. 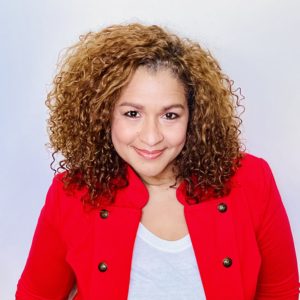 Tamoa Calzadilla, Managing Editor of Factchequeado. Former director of elDetector, Univision Noticias fact-checking platform. She has led live digital-TV fact-checking coverage, and alliances with other media, organizations and universities to combat disinformation that mainly affects latinos. Pulitzer Prize Finalist for the collaborative work #FinCenfiles (2021) on corrupt Venezuelan politicians and international banking acting as leader for the the International Consortium of Investigative Journalists (ICIJ). She was also part of the investigative team of the Panama Papers (ICIJ, 2016). She has been appointed Honoris Causa María Moors Cabot from Columbia University, and distinguished with the Gabriel García Márquez Honors and IPYS AWARD for Best Research, together with the team she led in Venezuela, in 2014. She’s also winner of the Ipys/Transparency International award for best coverage of corruption in Latin America and the Caribbean.

Eduardo A. Gamarra is a tenured full professor of political science in the department of politics and international relations at Florida International University. He has been at FIU since 1986 where he also directed the Latin American and Caribbean Center (LACC) from 1994 to 2007. As director of LACC, Gamarra was involved in research and public policy issues, academic exchanges, fund raising, and other multiple activities in most countries of Latin America and the Caribbean. In February 2016 he was appointed founding director of the Latino Public Opinion Forum at the Stephen Green School of International and Public Affairs. 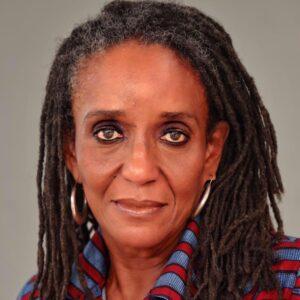 Leonie M. Hermantin was born in Haiti and grew up in New York City. She has more than 25 years of grassroots community experience in Miami’s Haitian community. From 1996 until 2008 Leonie worked in Miami, first as a Visiting Professor at FIU’s School of Architecture. She subsequently served as Executive Director of the Haitian-American Foundation (HAFI) a community agency. She went on the become Director of Research and Strategic Planning at the Haitian Neighborhood Center, Sant La. In 2008, Leonie’s sights turned to Haiti’s rural communities and from 2018-2011, she served as the Deputy Director of the Lambi Fund of Haiti, a Haitian-led community foundation, focusing on the needs of Haiti’s rural population. In 2011 Leonie launched her own consulting firm, Hermantin Consulting LLC, offering her the opportunity to work both in Haiti and in the US. Hermantin Consulting provides services to the Children’s Trust, FOKAL, PRODEV and FIU. Since April 2019, Leonie returned to Sant La, as the Director of Development, Communications and Strategic Planning where she focuses on fundraising, community building and engagement. Ms. Hermantin holds a Juris Doctorate from University of California at Berkeley as well as a master’s degree in Urban and Environmental Planning. She has served on multiple boards and currently sits on the Center for Haitian Studies’ Board of Directors. 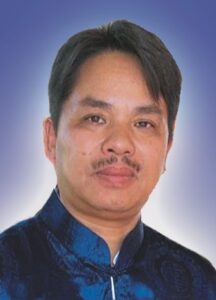 Johnson Ng was born in Hong Kong and worked as a theater technician at the Hong Kong Arts Center, before immigrating to Miami in 1992. After briefly working in restaurants, Johnson Ng joined Fully Inc. in 1995, one of the largest bean sprout manufacturers in South Florida as general manager and started reaching out to different ethnic organizations to promote the healthiness of the bean sprout. In 2001, Johnson Ng established the United Chinese News of Florida, a weekly community newspaper. His vision is to help the local Chinese population understand the local news that may affect their lives in Florida. Also, the newspaper works as a platform for the mainstream society, Asian organizations, and the Chinese communities. With the booming Chinese population in Florida, the newspaper has been considered an effective tool to reach Chinese Floridians. Thus, prestigious law firms, Western Union, Hard Rock Casinos etc. are among the regular advertisers. The United Chinese News of Florida majority readers’ age is between 25 to 65, and the number of male and female readers is quite even. These statistics cover most Chinese populations who speak either Mandarin or Cantonese in Florida. In 2003, Johnson Ne established the United Chinese Association of Florida to host the first of its kind in Miami-Dade County, the South Florida Dragon Boat Festival. 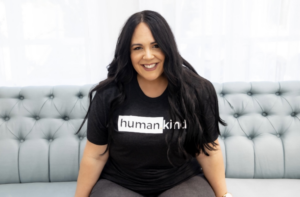 Cynthia Perez is a US born, Miami, FL raised, Cuban-American progressive activist and co-founder of Cubanos Pa’lante; an organization focused on progressive policy reform, civic engagement, community issues, voter education, combating misinformation, and supporting inclusive human rights. Cynthia’s interest in politics and voter engagement sparked during her collegiate and post-grad education in history, political science, and criminal justice. Representing Cubanos Pa’lante, Cynthia, along with the group of co-founders, has been featured in multiple media outlets including MSNBC’s The Cross Connection, Meet the Press, and most recently in The Miami New Times. During these interviews, the co-founding group primarily spoke about the rise of misinformation within Hispanic communities, its effect, and how this propaganda harms the community at large. Cynthia was quoted explaining that “the goal is to educate, promote diversity and inclusion, and to help inspire policy that is equitable and represents freedom for all”. Cynthia is also passionate about educating on the dangers of misinformation and propaganda within the evangelical community. After 20 years in ministry, Cynthia stepped away to approach this delicate topic from an academic perspective. Simultaneously, Cynthia is a certified financial and anti-money laundering regulatory compliance specialist with a professional leadership career spanning over 20 years. 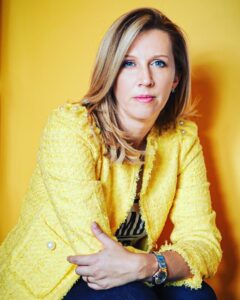 Evelyn Pérez-Verdia is the Founder and Chief Strategy Officer of We Are Mas, a full-service strategic consulting firm, and the leading multilingual Pro-democracy firm in Florida, specializing in Latin American and diaspora outreach, intermestic policy, and countering Spanish language disinformation. Evelyn Pérez-Verdía is a leading strategist with two decades of experience at every level of FL politics. She has advised multiple Presidential, Gubernatorial, Congressional and State House campaigns, and numerous nonprofits and grassroots groups, on competent messaging, policy, political outreach, digital content and communications. She is currently part of the Department of State’s U.S. Speaker’s program giving workshops to journalists and civil society leaders in Latin America, including on the differences between misinformation, disinformation, and malinformation (MDM) and digital gender violence. Evelyn often contributes to CNN en Español, Univision, and Telemundo, and has been quoted in the Associated Press, EFE, NBC, The New York Times, The Washington Post, The Miami Herald, and Newsweek among others, including her analysis of coordinated geopolitical disinformation campaigns in Spanish. Evelyn assisted national English-language media with breaking the 2020 US Presidential election story about private WhatsApp channels in Spanish targeting diaspora communities in South Florida. 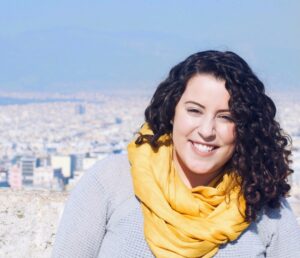 Amore Rodriguez is the co-founder of Cubanos Pa’lante and a founding board member of Florida Grassroots Coalition. She is a proud progressive, queer, Christian, and first-generation Cuban American. Outside of her activism in our community, she has dedicated her professional career to advancing education equity within our public-school systems and the nonprofit sector. Her hope through all these efforts is to continue to build communities that embrace the richness of diversity and push forward justice for all marginalized groups in our society. 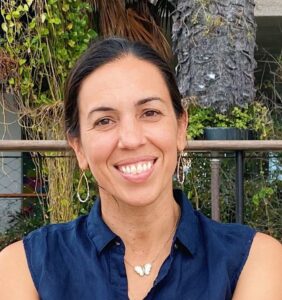 Ana Sofia Pelaez (she/her/ella) is an activist who has organized Latino get out the vote efforts since 2016. She is the co-founder and executive director of Miami Freedom Project which works to create a space for Miamians to engage on progressive issues. She is also a contributor to national media outlets and award-winning food and culture writer, Her first cookbook The Cuban Table was nominated for a James Beard award and she contributed to The Immigrant Cookbook to benefit the ACLU Immigrants’ Rights Project.

Join us 6:30pm ET on Feb 9 for an exclusive online event as two global stars of the book world, @MargaretAtwood and @neilhimself, chaired by @EricaWgnr, join forces to celebrate @SalmanRushdie’s literary genius and discuss his new novel #VictoryCity: https://pen.org/event/celebrating-salman-rushdies-victory-city/

Thanks to everyone who joined us to celebrate New Year New Books in Los Angeles last night at #seankellylosangeles!