Censored by China: Defending Creative Expression in a Global Market

Market imperatives are pushing Hollywood studios to access the new largest market for films and television — China. That access, however, is strictly controlled by Chinese government officials who impose systemic media censorship. As a result, studios are increasingly making content decisions influenced by Beijing’s censorship goals. How does this fear of offending Beijing impact what projects are greenlit, which content falls to the cutting-room floor, and what space writers and creators have to tell their story? Beijing operates the world’s largest, most comprehensive, and most sophisticated system of state censorship. How does fear of censorship impact which projects get made?

The conversation will be moderated by L.A. Times Managing Editor Scott Kraft, with an introduction from PEN America’s Director of Research, James Tager. 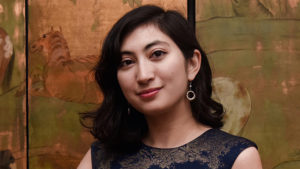 Rebecca Davis is Beijing Bureau Chief at Variety, covering the world’s second-largest movie market and a burgeoning television industry. Formerly a reporter with Agence France-Presse, Davis covered breaking news on topics ranging from politics to natural disasters, such as earthquakes and landslides in Sichuan, and has written features on culture and lifestyle, including the dashed Oscar hopes of a Chinese documentary about an activist fighting on behalf of sexually abused children. A fluent Mandarin speaker, she has also worked in the Beijing offices of The New York Times and Le Monde. 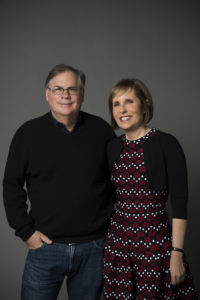 A Golden Globe Award and Emmy Award-nominated writing team, Robert and Michelle King have been creative collaborators for 20 years and married for over 30 years. They currently serve as co-creators, showrunners, and executive producers of the critically acclaimed series The Good Fight and Evil on Paramount+. They are also executive producers of the SHOWTIME limited series Your Honor, starring Bryan Cranston, and the upcoming series Happy Face on Paramount+ and Would I Lie To You on CW. Previously they served as co-creators, showrunners, and executive producers of The Bite on Spectrum, as well as The Good Wife and BrainDead on CBS, and the series In Justice.

Prior to their work in television, Michelle worked in development at various studios and production companies, while Robert wrote a dozen produced feature films, including the mountain-climbing action feature Vertical Limit, starring Chris O’Donnell, and Red Corner, starring Richard Gere.

Robert and Michelle have been honored by their peers from the American Film Institute, the Writers Guild of America, the Academy of Television Arts and Sciences, as well as the Television Critics Association. In addition to creative recognition, the Kings were awarded the Sidney Lumet Award for Integrity in Entertainment, the Humanitas Prize, and the prestigious Peabody Award. 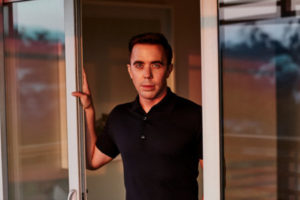 Erich Schwartzel has reported on the film industry for The Wall Street Journal since 2013. Previously, he covered energy and the environment for The Pittsburgh Post-Gazette, where his work won the Scripps Howard Award for Environmental Reporting. He lives in Los Angeles. 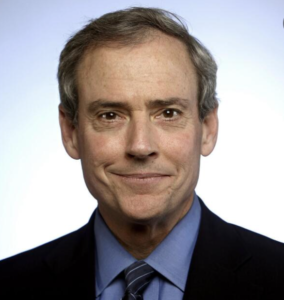 As managing editor, Scott Kraft oversees the Los Angeles Times newsroom, including Column One, enterprise, investigations, and Sports. During more than three decades at The Times, Kraft has been a national and foreign correspondent as well as deputy managing editor/news and national editor. He was a New York-based national writer for the Associated Press before joining The Times as a staff writer in its Chicago bureau. He later was The Times’ bureau chief in Nairobi, Johannesburg and Paris. He covered the release of Nelson Mandela and the end of apartheid as well as the ill-fated U.S. military mission in Somalia, among other major stories. His story for the Los Angeles Times magazine on the AIDS epidemic in Africa won the SPJ Distinguished Service Award for Foreign Correspondence. As national editor, he directed work that won four Pulitzer Prizes. He has been a Pulitzer Prize finalist in feature writing, and was a Pulitzer Prize juror in international reporting in 2014 and chair of the public service jury in 2015 and the international reporting jury in 2020. He also is on the Board of Governors for the Overseas Press Club of America. Kraft was born in Kansas City, Mo., and has a bachelor’s degree in journalism from Kansas State University. 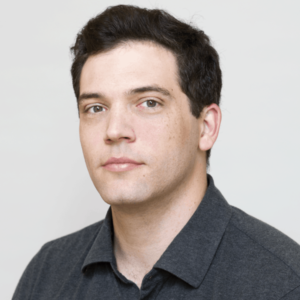 James Tager is the research director at PEN America and the author of the report Made in Hollywood, Censored in Beijing. Tager previously worked with the International Commission of Jurists—Asia & Pacific Program, first as a Satter Human Rights Fellow and subsequently as an International Associate Legal Advisor. Before that, he was a 2013-2014 Frederick Sheldon Traveling Fellow, researching civil society responses to the developing human rights framework within ASEAN (the Association of Southeast Asian Nations). He has lived and worked in Thailand, Myanmar, and Cambodia. Tager holds a BA from Duke University and a JD from Harvard Law School.

This program is made possible by the generous support of the Hollywood Foreign Press Association.