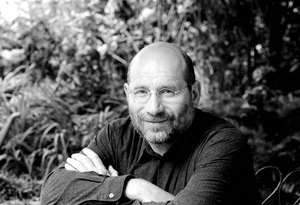 *THIS EVENT HAS BEEN CANCELLED. DUE TO THE CURRENT POLITICAL CLIMATE, BORIS AKUNIN IS UNABLE TO TRAVEL TO THE U.S.**

A philologist, critic, essayist, and translator of Japanese, Grigory Chkhartishvili (better known under his penname, Boris Akunin) published his first detective stories in 1998 and has already become one of the most widely read authors in Russia. His latest novel, Aristonomia, is a departure from his usual genre and, according to the author himself, his most important work to date. The historic events that took place in Russia during the February and October revolutions of 1917 and the subsequent Civil War serve as a canvas for this meditation on the importance of personal dignity. Chkhartishvili has also penned several non-fiction books, most importantly, A Writer and Death. Author and editor Keith Gessen interviews Chkhartishvili about his life and work.