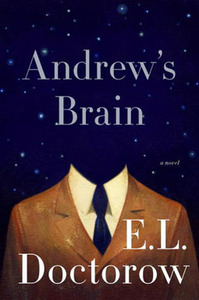 We regret to tell you this dinner has been cancelled. Please check back for updates.

At the home of Junia Doan

E.L. will talk about his latest book, Andrew’s Brain. “Andrew’s Brain is cunning… This babbling Andrew is a casualty of his times, binding his wounds with thick wrappings of words, ideas, bits of story, whatever his spinning mind can unspool for him… One of the things that makes [Andrew] such a terrific comic creation is that he’s both maddeningly self–delusive and scarily self–aware… Andrew may not be able to enjoy his brain, but Doctorow, freely choosing to inhabit this character’s whirligig consciousness, can.”