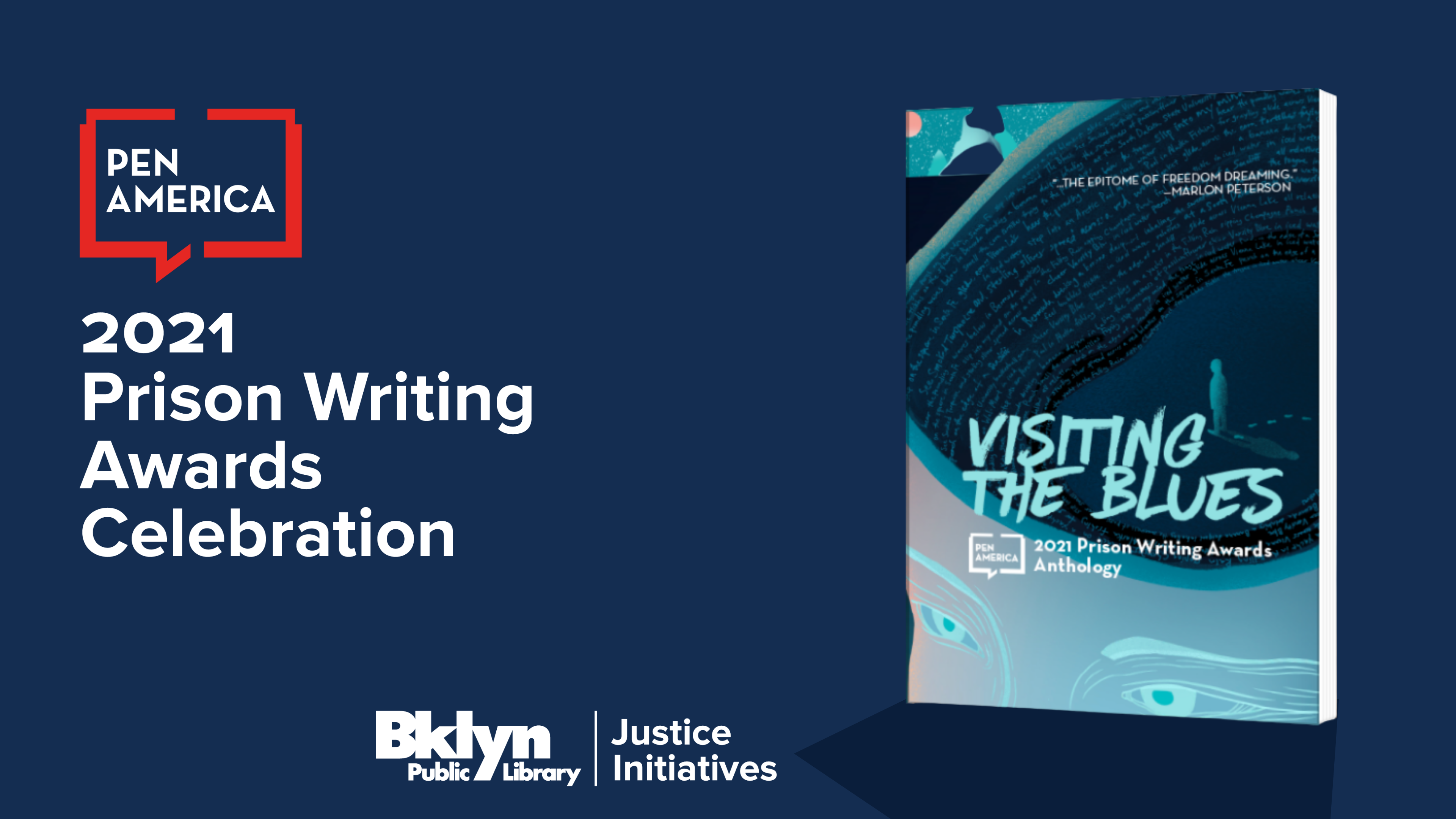 Nearly two years into the pandemic, the isolation of life behind bars has reached an excruciating pitch, with devastating death tolls, unsafe conditions, and limited contact with loved ones. PEN America and BPL continue to extend services, resources, and solidarity to the vibrant literary community behind the walls. In addition to spotlighting our prize-winning works, this event will be made available to incarcerated New Yorkers on Department of Correction tablets, and purchases of the celebrated anthology will allow us to send copies into jails and prisons via BPL’s Justice Initiatives.

After the workshop, check back here for a link to a resource packet to dive deeper into strategies for spotting and stopping misinformation and more community resources for seeding media literacy skills.

Piper Kerman’s bestselling memoir Orange is the New Black: My Year in a Women’s Prison chronicles her “crucible experience”—the 13 months she spent in the Federal Correctional Institution in Danbury, Connecticut after a brief involvement with drug trafficking sent her to prison on money laundering charges. In her compelling, moving, and deeply funny book, Kerman explores the experience of incarceration and the lives of the women she met in prison.

Mitchell S. Jackson is the winner of the 2021 Pulitzer Prize in Feature Writing and the 2021 National Magazine Award in Feature Writing. Jackson’s debut novel The Residue Years won a Whiting Award and The Ernest J. Gaines Prize for Literary Excellence. His nonfiction book Survival Math was published in 2019 and named a best book of the year by fifteen publications. Jackson covers race and culture as the first Black columnist in the history of Esquire.

Baratunde Thurston is an Emmy-nominated host who has worked for The Onion, produced for The Daily Show, advised the Obama White House, and wrote the New York Times bestseller How To Be Black. He’s the executive producer and host of How To Citizen with Baratunde which Apple named one of its favorite podcasts of 2020. Baratunde also received the Social Impact Award at the 2021 iHeartRadio Podcast Awards on behalf of How to Citizen with Baratunde.

Herb Boyd is an award winning author and journalist. He has written or edited over 20 books and published countless articles for national magazines and newspapers. Along with his writing, Boyd is national and international correspondent for Free Speech TV. A graduate of Wayne State University in Detroit, Boyd teaches African and African-American History at the College of New Rochelle in the Bronx, and is an adjunct instructor at City College in the Black Studies Department.

Austin T. Holland was born in Soldotna, Alaska and grew up in Clam Gulch, in a small cabin. He served as a cavalry scout in Fort Hood, Texas and was deployed to Iraq from 2006 to 2008. He was incarcerated in state prison for ten years. Austin is the first place Fiction winner in the 2021 PEN America Prison Writing Awards.

Sheryl L. Nelms is a poet from Texas. Sheryl was awarded an Honorable Mention in Poetry in the 2021 PEN America Prison Writing Awards.

William Smitherman is a seven-time PEN America Prison Writing Awards winner. He is secretly a wizard.

Leo Paul Carmona was born and raised in California. He loves music, art, reading, writing, anything automotive related, classic films, and making crochet hats and blankets. He is currently serving a 25 year prison sentence in Michigan. Leo is the Third place Nonfiction winner in the 2021 PEN America Prison Writing Awards.

Joseph Rosenberger was awarded an Honorable Mention in Nonfiction in the 2021 PEN America Prison Writing Awards.

Leo Cardez is currently serving a prison sentence in Illinois. Cardez is a regular contributor to Prison Health News where he also serves on the Advisory Board. He has been published in Beat Within Magazine, Yard Out Newspaper, The Abolitionist Newspaper, Poete Maudit Newsletter, and was a finalist for the New Press Anthology, “What We Know: Solutions From Our Experiences in the Justice System.”

George T. Wilkerson is an artist, writer, poet, and Christian who has been on death row since 2006. He is a coauthor of Crimson Letters: Voices from Death Row (Black Rose Writing, 2020) and his poetry collection Interface is forthcoming from BLEAKHOUSE Publishing in 2022.

David Webb was born and raised in Baltimore, Maryland. He was awarded an Honorable Mention in Fiction in the 2021 PEN America Prison Writing Awards.

Jeffery L. Young is a member of the Minnesota Prison Writing Workshop (MPWW) and an Editor for the Prison Mirror newspaper. He is currently editing an anthology project in collaboration with Coffee House Press and MPWW. He is a Boston Native with Cape Verdean ancestry.

Demetrius A. Buckley is a poet and fiction writer. His work appears or is forthcoming in Apogee, Michigan Quarterly Review, and RHINO. He is the 2020 Winner of the Page Davidson Clayton Prize. He is currently working on his second book, a memoir titled “First 48: The Fall of Winter Kings.”