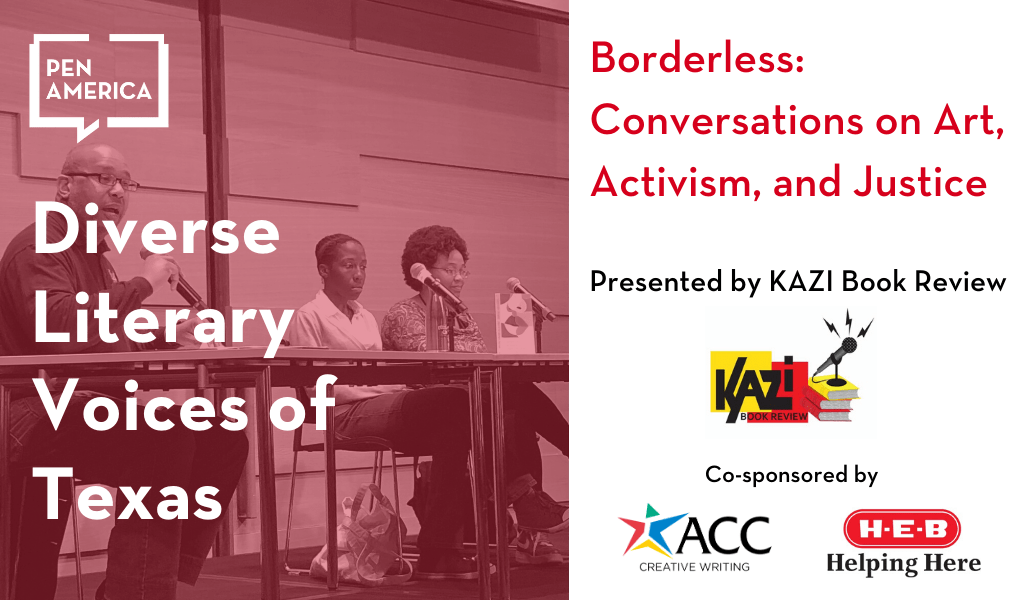 In honor of Black History Month and communities of color, PEN America and KAZI Book Review invite you to join us at the Austin Community College Riverside Campus on Saturday, February 22 for “Borderless: Conversations on Art, Action, and Justice” as part of the Diverse Literary Voices of Texas Writer Series.

What is the power of short fiction and lyric essays? Can short forms help comment on the world with greater urgency than novels and memoirs? As part of the “Borderless: Conversations on Art, Action, and Justice” series, PEN America Austin chapter leader and writer Chaitali Sen talks to three writers who work with both long and short forms on why they write short prose, what they love about reading and writing short stories or lyric essays, what the publishing challenges are in short prose, and why more people should read these short fiction and lyric essays.

PEN America will also feature a panel on the Future of Black Journalism in Austin earlier in the program.

About KAZI Book Review
Broadcast on KAZI 88.7 FM since 2009, KAZI Book Review is a twice-weekly talk show featuring interviews with local, regional, national, and international authors of recently published fiction and nonfiction. It is hosted and produced by Hopeton Hay, who has been on KAZI radio since 1993.

About Diverse Literary Voices of Texas Writer Series
Launched in December of 2016 by founder and producer Hopeton Hay, the series features an eclectic array of local, regional, and national renowned writers discussing their most recent work with the public.