Bearing Witness in Chechnya: The Legacy of Natalia Estemirova 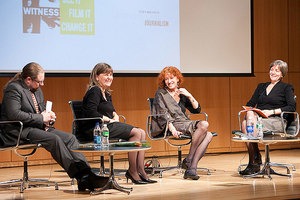 PEN American Center joins forces with the Human Rights Watch (HRW), the Committee to Protect Journalists (CPJ), CUNY’s School of Journalism, The Martin E. Segal Theatre Center, and Witness to pay tribute to Natalia Estemirova, the award-winning human rights activist and journalist murdered on July 15, 2009. The event features readings and a conversation to honor the legacy of Estemirova, while calling attention to issues of freedom of expression in the North Caucasus and Russia in general.