Banned Books: When Books Are Threatened, Where Do We Turn? 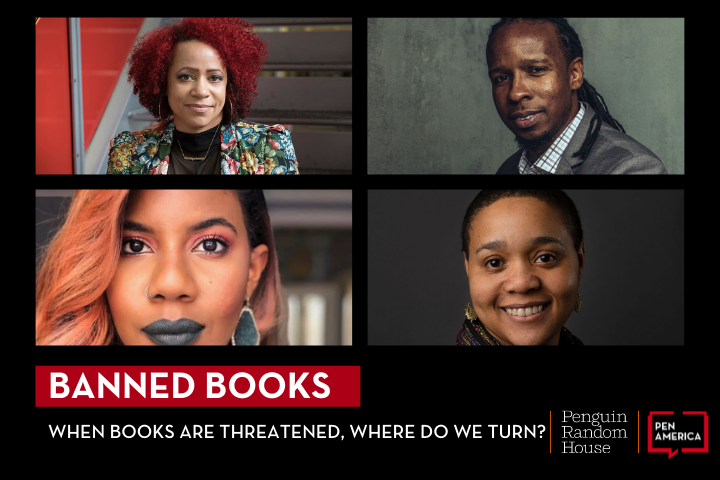 From Tennessee to Texas, book banning continues to make headlines across the United States. According to a recent New York Times piece, the American Library Association received an “‘unprecedented’ 330 reports of book challenges” last fall, and the executive director of the National Coalition Against Censorship said “he has not seen this level of challenges since the 1980s.”

Facing threats of censorship and losing diverse perspectives, parents, teachers, and librarians are all asking the question “When books are threatened, where do we turn”? Join Penguin Random House in partnership with PEN America on March 29th from 7:30 PM – 9:00 PM ET for an evening dedicated to examining this pressing question.

On the multi-faceted issue, we will hear from concerned citizens navigating pathways of access and resistance on the ground, as well as authors who have faced some of the harshest calls for banning. Additionally, a representative from PEN America will speak about how we can support our targeted communities.

The event will culminate in a discussion with Dr. Ibram X. Kendi (How To Be An Antiracist), Nikole Hannah-Jones (The 1619 Project), and Nic Stone (Dear Martin), moderated by Dr. Emily Knox, associate professor at the University of Illinois Urbana-Champaign School of Information Sciences.

In this time of political polarization and where social justice is front and center in our consciousness, engaging many voices has never been more urgent. We hope you will join us for this vital conversation as book banning abounds.

Access to the event is free. When you register, you have the option to purchase the authors’ featured titles or donate any amount you wish to PEN America. You do not have to purchase a book or donate to attend the event.

PEN America is proud to partner with Penguin Random House for this event. 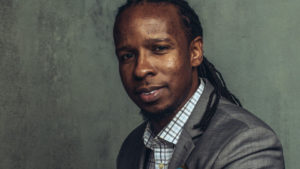 Dr. Ibram X. Kendi is the Andrew W. Mellon Professor in the Humanities at Boston University and the founding director of the BU Center for Antiracist Research. He is a contributing writer at The Atlantic and a CBS News racial justice contributor. He is the host of the new action podcast Be Antiracist. Dr. Kendi is the author of many highly acclaimed books including Stamped from the Beginning: The Definitive History of Racist Ideas in America, which won the National Book Award for Nonfiction, making him the youngest-ever winner of that award. He has also produced five straight #1 New York Times bestsellers, including How to Be an Antiracist, Antiracist Baby, and Stamped: Racism, Antiracism, and You, co-authored by Jason Reynolds. In 2020, Time magazine named Dr. Kendi one of the 100 most influential people in the world. He was awarded a 2021 MacArthur Fellowship, popularly known as the Genius Grant. 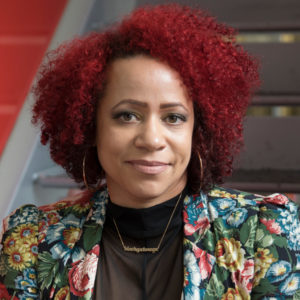 Nikole Hannah-Jones is a Pulitzer Prize–winning reporter covering racial injustice for The New York Times Magazine, and creator of the landmark 1619 Project. In 2017, she received a MacArthur Foundation Fellowship, known as the Genius Grant, for her work on educational inequality. She has also won a Peabody Award, two George Polk Awards, three National Magazine Awards, and the 2018 John Chancellor Award for Excellence in Journalism from Columbia University. In 2016, Hannah-Jones co-founded the Ida B. Wells Society for Investigative Reporting, a training and mentorship organization geared toward increasing the number of investigative reporters of color. 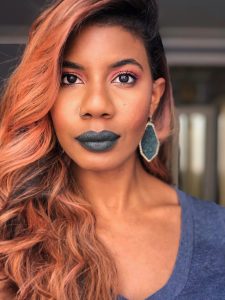 Nic Stone was born and raised in a suburb of Atlanta, GA. After graduating from Spelman College, she worked extensively in teen mentoring and lived in Israel for a few years before returning to the US to write full-time. You can find her on her website: nicstone.info. 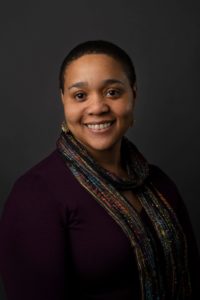 Dr. Emily Knox is an associate professor in the School of Information Sciences at the University of Illinois at Urbana-Champaign.

Her book, Book Banning in 21st Century America (Rowman & Littlefield) is the first monograph in the Beta Phi Mu Scholars’ Series. She also recently edited Trigger Warnings: History, Theory Context (Rowman & Littlefield) and co-edited Foundations of Information Ethics (ALA). Her next book, Foundations of Intellectual Freedom (ALA), will be released in Fall 2022. Emily’s articles have been published in the Library Quarterly, Library and Information Science Research, and the Journal of Intellectual Freedom and Privacy.

Emily received her Ph.D. from the doctoral program at the Rutgers University School of Communication & Information. Her master’s in library and information science is from the iSchool at Illinois. She also holds a B.A. in Religious Studies from Smith College and an A.M. in the same field from The University of Chicago Divinity School.