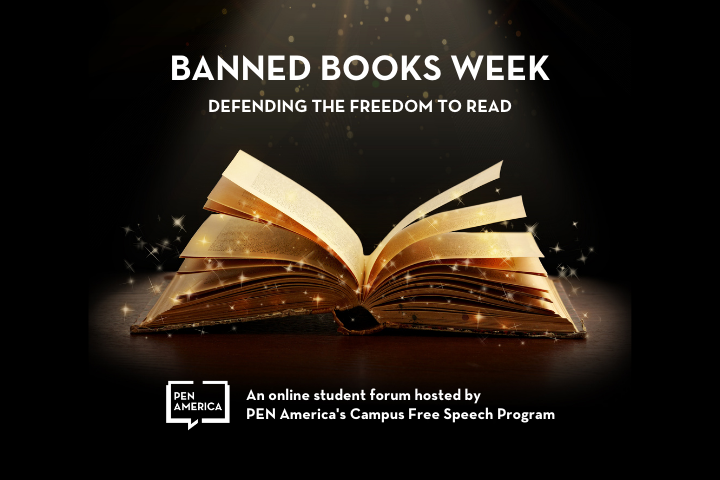 Each September, Banned Books Week celebrates open access to books in our schools, libraries, and communities. PEN America believes that we must defend our right to read as a fundamental liberty in this country and reject attempts to censor works on political, religious, or other grounds.

Join PEN America’s Campus Free Speech Program for this online forum featuring Gordon Danning, program associate for the Youth Free Expression Program at the National Coalition Against Censorship. The event will start with a brief presentation, facilitated Q&A session, and breakout conversations to discuss book banning in the United States. High school and college alumni of PEN America’s student programs and other students are welcome to join.

Gordon Danning is the program associate for the Youth Free Expression Program at the National Coalition Against Censorship. He has a background in both law and K-12 education. He obtained a JD from the University of California, Berkeley but decided not to practice law and instead taught social studies for many years at a public high school in Oakland, California. He has also worked for more than 25 years on an occasional basis doing research and writing for criminal defense attorneys who represent indigent defendants in Los Angeles County. He relocated to New York in 2012 to pursue doctoral work in political science, and immediately before coming to NCAC he served as the History Research Fellow at the Foundation for Individual Rights in Education, where he was tasked with researching the connection, if any, between hate speech and political violence.

Various conservative outlets including Breitbart, The Washington Examiner, and others are amplifying election misinformation in what a new Harvard study calls a “propaganda feedback loop.” https://nyti.ms/3kvu2tn