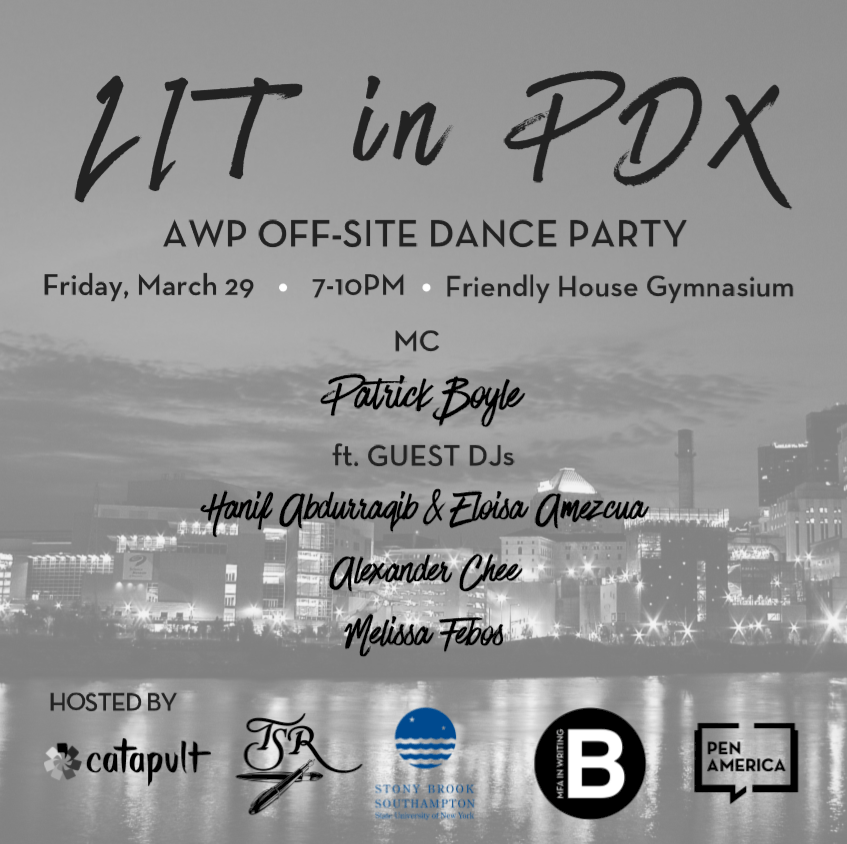 Thanks to New Deal Distillery for their support! 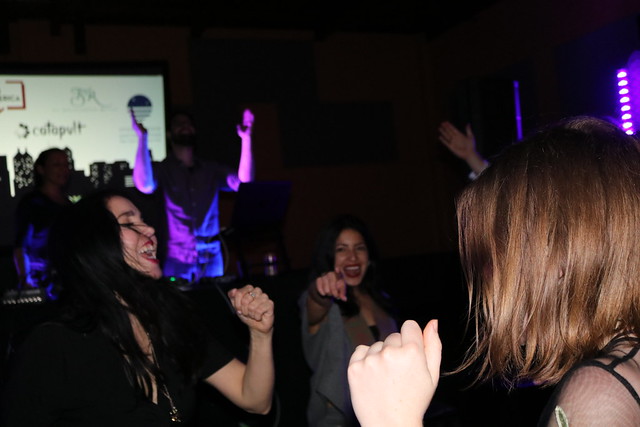 Hanif Abdurraqib is a writer, poet, and cultural critic from Columbus, Ohio. He is the author of the poetry collection The Crown Ain’t Worth Much and the essay collection They Can’t Kill Us Until They Kill Us. His next books are Go Ahead In The Rain, a biography of A Tribe Called Quest due out in 2019 by University of Texas Press, and They Don’t Dance No’ Mo’, due out in 2020 by Random House.

Eloisa Amezcua‘s debut collection, From the Inside Quietly, is the inaugural winner of the Shelterbelt Poetry Prize selected by Ada Limón, (Shelterbelt Press, 2018). She is the author of three chapbooks: On Not Screaming (Horse Less Press, 2016), Symptoms of Teething, winner of the 2016 Vella Chapbook Award (Paper Nautilus Press, 2017), & Mexicamericana (Porkbelly Press, 2017). The founding editor-in-chief of The Shallow Ends: A Journal of Poetry, associate poetry editor at Honeysuckle Press, and founder of Costura Creative, Eloisa lives in Columbus, OH.

Alexander Chee won a Whiting Award for his first novel, Edinburgh, and is a recipient of the NEA Fellowship in Fiction and residencies from the MacDowell Colony, Ledig House, and Civitella Ranieri. In addition to Edinburgh, he is the author of The Queen of the Night and the essay collection How To Write An Autobiographical Novel. His writing has appeared in the New York Times Book Review, Tin House, Slate, and NPR, among others, and he is a contributing editor at The New Republic. He lives in New York City.

Melissa Febos is the author of the memoir, Whip Smart. Her work has appeared in The Kenyon Review, Prairie Schooner, Guernica, Glamour, Post Road, Salon, New York Times, Dissent, Bitch Magazine, and elsewhere. Her essays have won prizes from Prairie Schooner, Story Quarterly, and The Center for Women Writers, and she is the recipient of fellowships from Bread Loaf, Virginia Center for Creative Arts, Vermont Studio Center, The Barbara Deming Memorial Fund, Lower Manhattan Cultural Council, and The MacDowell Colony. She is assistant professor of creative writing at Monmouth University and MFA faculty at the Institute of American Indian Arts (IAIA), and serves on the Board of Directors for VIDA: Women in Literary Arts.

Patrick Boyle is a poet and DJ. Formerly the music editor for The Rumpus and the editor-in-chief of Lamplighter, he currently teaches in the Writing Studies department at Montclair State University and is the Creative Director at Golden Note Entertainment. Boyle is a graduate of the Bennington Writing Seminars and his poetry has been published in Jelly Bucket, Four Chambers, Cooper Street Journal, Painted Bride Quarterly, and elsewhere.