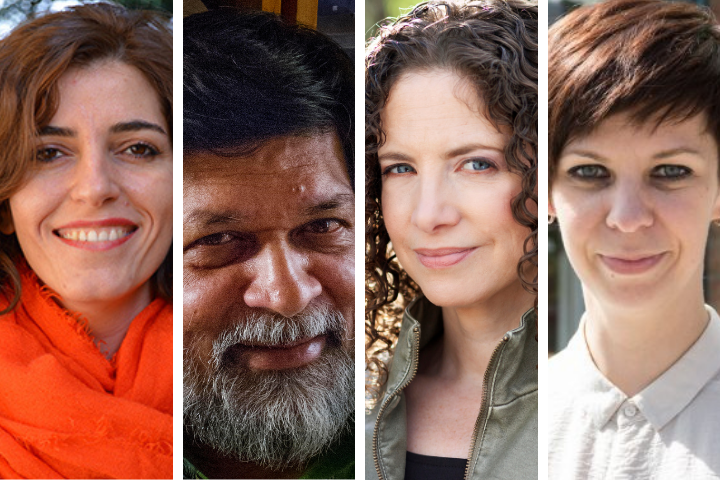 The COVID-19 pandemic has required retreat from many public spaces and cultural institutions, leading to financial hardships for cultural practitioners. Meanwhile, oppressive governments exploit the health crisis to crack down on dissent, while others fail to take necessary strides to protect the health of cultural actors. Throughout, social upheaval has proliferated from the United States to Belarus to Thailand, triggering ever more dangers for critical voices. Artists and other cultural rights defenders are often at the forefront of such movements and some of the first to face subsequent backlash. Yet, artists and CRDs are consistently under-recognized in international human rights norms and therefore receive less protection around the world.

In the wake of these realities, the Artists at Risk Connection (ARC) has developed a practical guide for artists under threat to help them navigate risks and better understand their work within the framework of human rights defense.

On February 3, join a group of artists and experts, including UN Special Rapporteur in the field of cultural rights Karima Bennoune, as we celebrate the launch of the guide through a dynamic panel discussion. The conversation will draw upon the 2020 report of the Special Rapporteur and explore how art can be levied in the fight for human rights and how artists can be better protected against human rights violations.

Karima Bennoune holds the Homer G. Angelo and Ann Berryhill Endowed Chair at the University of California, Davis School of Law, and has served as the United Nations Special Rapporteur in the field of cultural rights since 2015. Bennoune’s 2020 report as Special Rapporteur for the UN Human Rights Council, presented in March 2020, addressed the need for greater recognition of and support for cultural rights defenders. Her forthcoming report for the Council in 2021 focuses on the impact of the COVID-19 pandemic on cultural rights. A former legal advisor for Amnesty International, her field missions throughout her career have included Afghanistan, Bangladesh, Cyprus, Egypt, Lebanon, Mali, Malaysia, Maldives, Niger, Pakistan, Serbia and Kosovo, Southern Thailand, Tunisia, and Tuvalu. Twitter: @UNSRCulture

Shahidul Alam is a photographer, writer, and human rights activist who was named a TIME magazine Person of the Year for 2018. Alam obtained his Ph.D. in chemistry from London University before taking up photography. Returning to his native country of Bangladesh in 1984, he campaigned to bring down autocratic General Hussain Muhammad Ershad. In his pursuit of social justice, he set up award-winning organizations: the Drik Picture Library (1989), an independent media agency that promotes work by local image-makers; the Pathshala South Asian Media Institute (1998), the first-ever school of photography in South Asia; and Chobi Mela (2000), an international festival for photography. He also co-established the international photo agency Majority World. In August of 2018, he was detained for peacefully expressing his views against his government’s repressive practices. His book, My Journey as a Witness, has been described by John Morris, the legendary picture editor of LIFE magazine, as the “most important book ever written by a photographer.” He currently sits on the advisory committee of the Artists at Risk Connection.

Helena Nassif studied public health, journalism, and media studies in Beirut, Aarhus, Amsterdam, Swansea, and London. She holds a Ph.D. in cultural studies from the University of Westminster, with research focused on the construction and reception of popular cultural, moral, and spatial telos. Nassif’s multidisciplinary research and career in media and culture extend to the nongovernmental sector, the aid industry, television and documentary film production, program design and evaluation, training and education, and consultancy. Her work is driven by the desire to understand the impact of the arts and culture in society, and to contribute to its vital role in community building and social change. She has been the director of Culture Resource (Al Mawred Al Thaqafy) since September 2017.

Julie Trébault is the director of the Artists at Risk Connection. Prior to joining PEN America, she served as director of public programs at the Museum of the City of New York and the Center for Architecture. Before moving to New York, she worked at the National Museum of Ethnology in the Netherlands, where she built a network of 116 museums. From 2004 until 2007, she was head of higher education and academic events at the Musée du quai Branly, Paris. Trébault holds an MA in arts administration from the Sorbonne University and an MA in archeology from the University of Strasbourg.