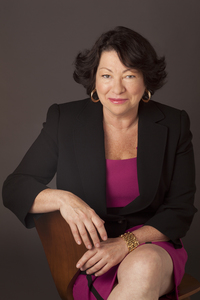 In May 2009, President Barack Obama nominated Sonia Sotomayor to the U.S. Supreme Court; she assumed her role as Associate Justice on August 8, 2009. Her memoir, My Beloved World, was published this year. In past years, the Arthur Miller Freedom to Write Lecture has been delivered by Orhan Pamuk, David Grossman, Umberto Eco, Nawal el Saadawi, Christopher Hitchens, Wole Soyinka, and Salman Rushdie. This year, Associate Justice of the Supreme Court of the United States Sonia Sotomayor will add her voice to the storied chorus, delivering an address from the same Great Hall where Lincoln gave his historic anti-slavery speech.

A conversation between Justice Sotomayor and award-winning writer, scholar, and public intellectual Henry Louis Gates, Jr. will follow the lecture.